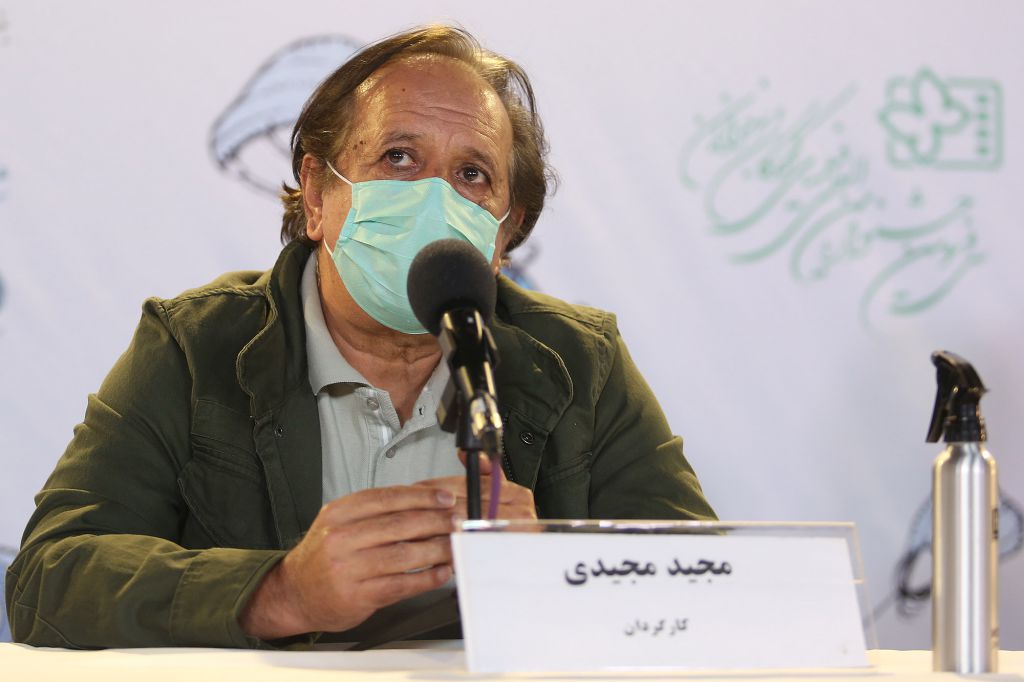 According to the 33rd ICFF Public Relations Office, the press conference of “The Sun” was held with director Majid Majidi, and actors Javad Ezzati, Ruhollah Zamani, Shamila Shirzad, Abolfazl Shirzad, and Mani Ghafouri in attendance.

Majid Majidi said, “Firstly, I have to thank the ICFF organizers. We’re going through such hard circumstances, yet I hope we can get over all these problems and see the cinema flourishing one more time. “The Sun” addresses labor children, which is an international issue. I think this problem is beyond governments. These kids build the future of the country, and if we neglect them, we will suffer the consequences.”

He added, “Labor children deal with family issues. They have to work to make ends meet. We hope to provide them with what they need so that they won’t have to work, yet this might only happen in an ideal world. Educating these children is significant. I’ve come across a school that has been established by charities to help labor children with their education. I have started to pay more attention to such schools. Besides making films, we need to pay closer attention to these children’s education. I think we can make schools for them, provide job opportunities for them, and teach them skills. These kids are like treasures to me. Each of them has a unique talent. The teenage actors in the film were cast among labor children, yet we could easily relate to them. They’re all tenanted. Shamila had turned into a celebrity and was attracting a lot of attention!”

Javad Ezzati, the star of “The Sun”, talked about the significant roles of families in educating children. He emphasized, “A mother can tend to her child’s education even without a tablet. Cinema can take an educational role and teach kids about culture. Some people care about children’s education and well-being. The role I played in this film appealed to me because the character’s concerns were respectable. He valued educating and helping children.”

Ruhollah Zamani, the young star of “The Sun” stated, “I’m fine, and I have beaten the coronavirus. My Venice Film Festival Award was given to me in Tehran. Winning the award was thrilling. I never imagined that a kid who couldn’t get away from home might win an award at such an important film festival held on another continent.”

Mani Ghafouri, the young star of “The Sun”, hoped the festival could help children discover their talents. He said, “I’ve decided to pursue my career in cinema. I’m grateful to Mr. Majidi for the trust he put in me. Cinema and sports are my priorities.”

Abolfazl Shirzad, another young star of the film, mentioned that he had been in Iran when the Venice Film Festival was held. He added, “I got to see my sister’s photos, and I was so content that we didn’t have to work anymore. I used to work on the subway, and I had to put up with some rude people. My sister and I have worked, and we know how hard it could get.”

Seyed Mehdi Mousavi said, “This film has been so memorable for me. I’m so excited to witness the success of “The Sun”. I’ve been studying and working recently. It’s hard for us not to work. Unfortunately, some people overlook the health protocols and go on vacations. The government needs to take action.”

Majidi argued, “We tried to portray children’s problems in “The Sun”.” he emphasized, “The poorer some people become, the richer some others get. I think embezzlers need to know what they’re doing to the poor. We tried to steer clear of stereotypical issues in this film.”

He added, “The audiences compare a filmmaker’s new work to his previous ones; therefore, it is necessary to think of innovations. Shamila is a talented actor and can turn into a superstar. Moreover, I think Ruhollah can hold acting workshops. These talents need to flourish. I was under pressure to prepare the film for the Fajr Film Festival screening, yet I insisted that the film be screened at the Fajr Film Festival because of the feedback filmmakers usually get following a festival screening.”

Javad Ezzati said, “When Mr. Majidi told me the story of the film, he thought I couldn’t say no to him. Acting in this film was a thrill to me.”