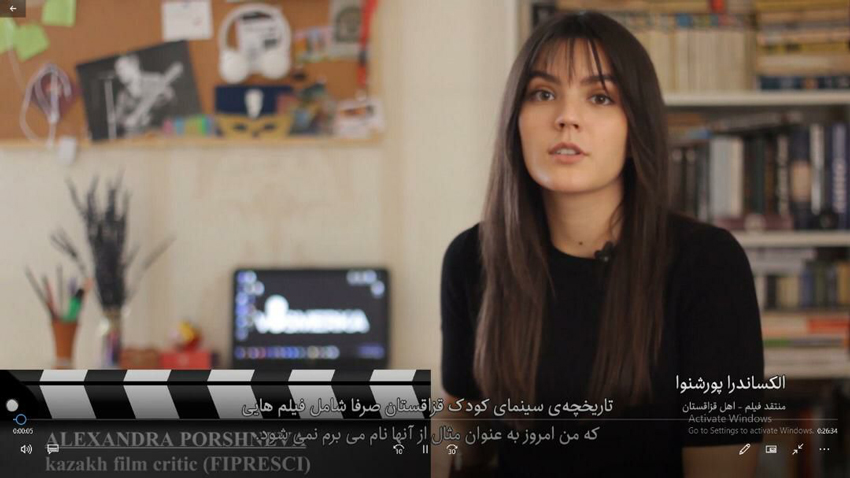 Alexandra Porshneva said, “Nothing is more important than the importance of culture in terms of the artistic message’s honesty and purity and its understanding begins from childhood.” 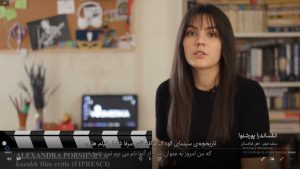 The 33rd ICFF PUblic Relations Office reports: The specialized “Concept of Personality in Cinema for Children, focusing on Kazakhstan Children’s Cinema” with Alexandra Porshneva’s instruction, a well-known Kazakh critic and a member of Fipresci (International Federation of Film Critics), was held online this morning, October 21, on the 4th day of the festival.

Porshneva said Kazakhstan’s cinema for children’s history is richer and greater than this to be told in a workshop.”

She continued: “Today, I want to share the most elements of Kazakhstan’s cinema for children, through a classic movie, with you. Kozha is the legend of Kazakh cinema and more than a generation has grown up with its stories. Kozha was the hero of our time. This character was made of literature and his modern followers are definitely the real cinema audience. “My Name is Kozha” was made in 1963 by Abdulla Karsakbayev.”

On Kazakhstan’s cinema for children’s history, Porshneva said, “The history of Kazakhstan’s cinema for children, has been written by so many people and not only literary sources have been used. Important chapters of the books that were written about the historical developments are usually about important films from the history of children and youth cinema.”

In this meeting, she stated: “Just like any other researcher, whose heart beats for cinema, I wish honest and sincere movies would be made. Because nothing is more important than understanding the audiences’ culture in terms of honesty and purity, and its understanding begins from childhood.”

The 33rd ICFF is being held virtually under the supervision of Alireza Tabesh from October 18 to 23.