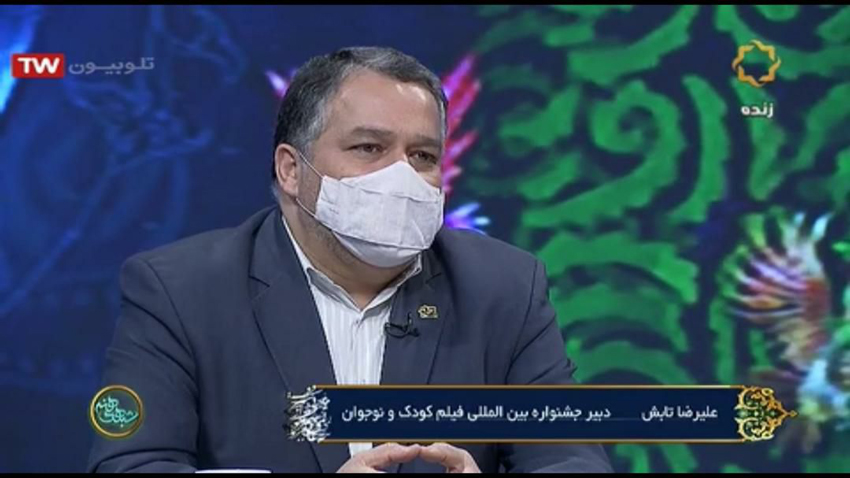 On the TV program “Art Nights”, broadcast live from IRIB Channel 4, the Director of the 33rd ICFF, Alireza Tabesh,compared the Corona times to the wartime, emphasizing that producing cultural programs for families or entertaining them should not be interrupted in either period and the cultural and bio-cultural areas are links of a chain which should keep working for the sake of the society. 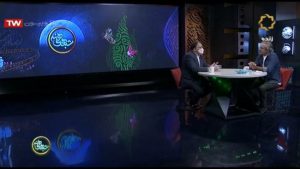 He referred to the horrible effect the deaths due to COVID-19 may have on children in every family and pointed out that the positive effects of holding the festival on the younger generation should be found out, as well. ‘Children from every corner of the country are busy watching and judging the films. For six days, apart from introducing new works in Children and Youth Cinema, the festival has entertained the Iranian families. The new window we have opened at this edition will remain open. We have initiated a new path in cinematic events’, he said.

Tabesh mentioned two strategic decisions which were made during the pandemic: one, the screenings should not stop but should continue in a virtual format; and second, the festivals should be virtually held stating with ICFF. He stressed that the virus is of an unpredictable nature and we cannot wait till it is gone. ‘It is true that many businesses have been negatively affected by the crisis, but we cannot forget about the audience either. We should tell them that culture and art are alive and productive’.

Referring to the changes which resulted in fewer but higher-quality films, he said, ‘in the past there were productions which were exclusively screened at festivals and nowhere else. But we changed this policy. We tried to let younger filmmaking groups in and put them next to the veterans to discover new paths. Now we have creative young filmmakers who are working with MajidMajidi, Abolfazl Jalili and Hossein Ghanaat. Ideas are being taken into account, developed and turned into screenplays attractive to today’s audience’.

Tabesh stated that there has been a 20 percent increase in the number of works participating in this edition of the festival in spite of the disease outbreak and the 4th round of the filmmaking Olympiad has also received better feedback, which is rewarding.

He described the festival as a huge mirror displaying the image of the cinema. ‘The audience lets us know what they think, as do the jury members. Sometimes these judgments are similar; and sometimes, they are not. But this is how we can have a general assessment of our yearly productions in different sections and can find out about their weaknesses, strengths or other aspects;and then, the productions are consumed throughout the next year.  The 20 percent increase in production signifies that our policies have led to a higher level of participation by private sector along with the state-sponsored institutions, and so we can hope to have new and different productions in near future ’.