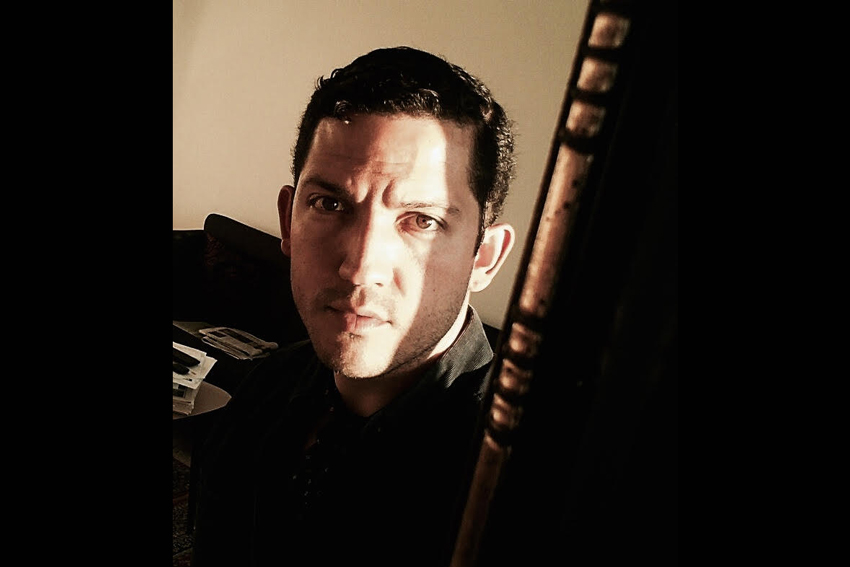 “Pablo Salvador N.G. is a screenwriter-director of film and a lyricist-stage director of opera, with vast international experience. He has collaborated with award-winning directors like Raúl Ruiz, Ulrich Thomsen, Sebastián Araya Serrano, Andrea De Rosa and Udo Flohr. He has staged the opera “María de Buenos Aires” in collaboration with composer Marcelo Nisinman. He was also the artistic director of Mikis Theodorakis’ oratorium “Axion Esti” at Berwaldhallen in Stockholm, broadcasted by Swedish Radio and conducted by Staffan Lindroth. As lyricist he has written the poetry for the album “La Industria del Miedo” with music by Tania Naranjo and for the opera “Promenade Abyss”, with music by Anna Lena Laurin. Pablo Salvador N.G. is also a lecturer in screenwriting and film production and has taught extensively at film schools around the world, such as Beijing Film Academy in China, Tallinn University in Estonia, Aalto University in Finland, European Film College in Denmark and at Whistling Woods Institute of Film and Media in India, where he was Chair in Academic Innovation between 2016-17. He has also been an international jury at the Pune International Film Festival in India and at CINERENT Awards in China.”

Now, he is the jury member in international section of 33rd ICFF and had an interview with the public relations office of the festival:

How do you feel about Iranian Children Cinema? Are you familiar with that?

Unfortunately not yet, but I am looking forward to get acquainted with its language. Iran has a rich number of cultural traditions that can be of great contribution to the world cultural heritage.

Have you been familiar with ICFF? How do you feel about it?

I had the honour of meeting Mr. Hamed Soleimanzadeh at Berlinale earlier this year. I was previously familiar with ICFF and was somehow hoping to visit Iran one day. I am a strong believer in that we need to open up different cultural perspectives and make them known, in order to enrich the world with different cultural values. Being a jury member gives me the possibility to make ICFF known in Sweden, the country where I reside, and in Chile, the country where I was born and bred.

Based on coronavirus, this edition of the festival will be held virtually. What are the differences between judging a physical festival and a virtual one?

Probably that we will be able to drink our tea while watching the movies and have the opportunity to breathe differently. We will probably judge the movies more independently from one another, although collaboration among the jury is also fundamental. But I fully trust that the festival will balance these two aspects (independence and collaboration).

Do you think there are any particular difficulties a jury member may face judging a virtual festival?

To be honest, no. I think a virtual festival gives us more space to absorb the value of each film, to look for the details more profoundly. The only disadvantage to the international jury is that we won’t have the phenomenal experience of visiting a country like Iran and a city like Isfahan and share each other’s company.

What advantages do you think holding a virtual festival may have for everyone including the jury panel?

Probably that we will be even more curious about each other! Personally, I am very curious to know who will be my co-judges. I look forward to sharing our different points of view.

As there have been several virtual or partially virtual international festivals since the pandemic began, have you experienced participating in any of them? if so, what were they like?

I have not been a jury during the pandemic, so no comment on this one.

What do think about the main themes of this edition? What do you think should be the main concern or concerns of people making films for children?

To answer your second question (I do not know the themes and I have not found these on your website, but please send them to me and I will comment): This is a very interesting query. The fundamental values are perhaps colourful and pictorial honesty and empathy. Children can see right through anything. We cannot hide the world and its complexities. They are honest and expect honesty in return when they watch something. And they know very quickly when a movie speaks this language (honesty / empathy), their language. I could talk for hours, probably even days and weeks about this, since I believe that all true art begins with a childlike quality.

What do you think about training children to judge children’s festivals? What should be done to prepare them for such responsibilities?

When it comes to movies, most children are natural judges. They know when a film speaks to them. I do not believe that they can be trained, but that we must guide them and trust their good essence. Eventually, when they are older, they will have to make their own decisions and the guidance we give them today will be the decisive factor.