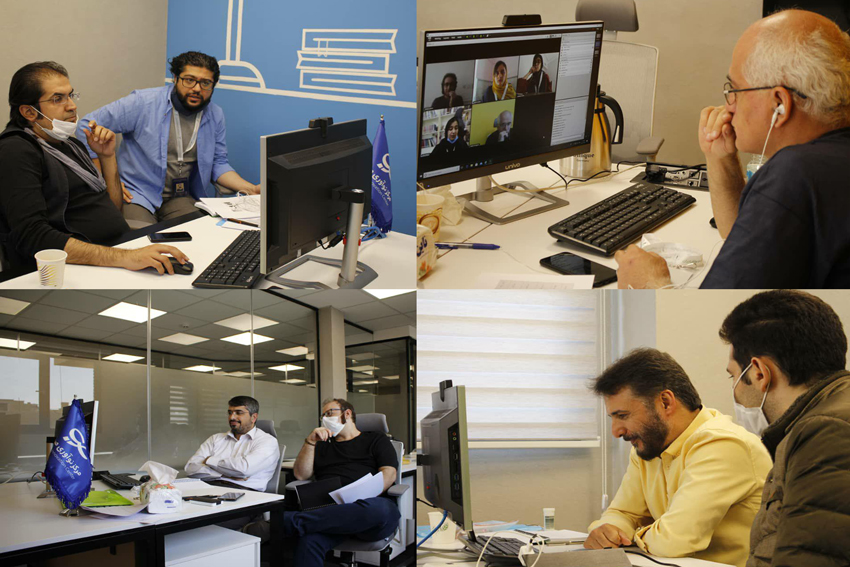 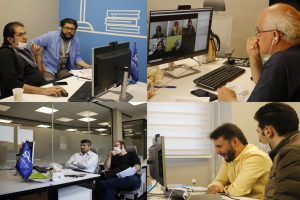 Filmmaking workshops at the 4th Youth Filmmaking Olympiad of Iran were held for the second day on Tuesday, October 20, at Saba Innovation Center, according to the 33rd ICFF Public Relations Office.

The teenagers whose ideas were selected by the Committee were divided into 8 groups of 8 members and discussed their filmmaking ideas with their mentors and trainers and listened to their points of view and critiques. 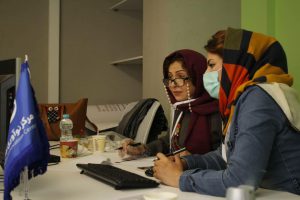 The workshops were held in 8 separate rooms from 8.30 a.m. to 12 and the mentors and trainers tried to answer all the questions mentioned by the trainees.

In one class, Hamed Ja’fari and Navvab Mohammadi had discussions with the teenagers regarding their filmmaking ideas.

In another class with Gholamreza Ramezani and TiamYabandeh, the trainees were reminded that developing ideas is the first step of the process of filmmaking, and they discussed the issue in detail.

Mahin Javaherian and Shahla Pourarian explained how important all the details of an idea are for a filmmaker.

Sirous Hassanpour and Adel Tabrizi’s workshop was about the significance of scenic design as well as the idea and script.

Seyyed Javad Hashemi and Mehdi Reza’i dealt with the multilateral process of developing ideas in mind.

In Vahid Golestan and Fariborz Ahanin’s group the ideas were discussed and the trainees were also asked to help their peers improve their ideas.

Bijan Mirbagheri and Hafez Ahi patiently addressed the questions that the trainees had in mind regarding their filmmaking ideas.

The mentors and trainers, holding these workshops, are transferring their experience to the interested teenagers for 3consecutive days and keep emphasizing that they yet have a long way to go before entering the professional world of cinema and they should work really hard to achieve their goal.

The 4th Youth Filmmaking Olympiad of Iran will close on Thursday, October 22.