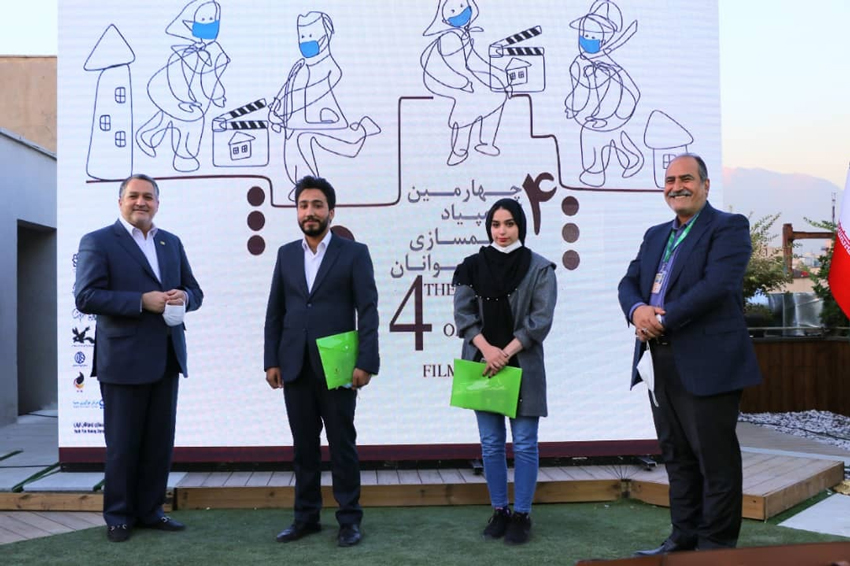 The 4th Iranian Youth Filmmaking Olympiad was opened with a few invitees in attendance and full observation of health protocols. 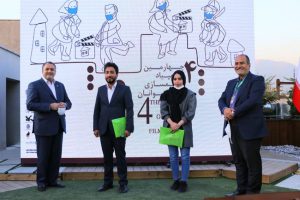 According to the 33rd ICFF Public Relations Office, the opening ceremony of the 4th Iranian Youth Filmmaking Olympiad was held online at Saba Innovation Center with a few invitees in attendance and Mojdeh Lavasani as the host.

A few verses of the Quran were recited and the Iranian national anthem was played at the beginning of the ceremony. Then, the trailer of the 4th Iranian Youth Filmmaking Olympiad was played.

Later, the director of the 4th Iranian Youth Filmmaking Olympiad, Habib Ilbeigi, wished the young generation happiness in the upcoming days and hoped that the latest edition of the olympiad would be held with a lot of great experiences for the trainers and trainees. He added, “Sixty-four ideas selected among 842 submissions have been selected to participate in this edition of the olympiad. Thirty-one girls and thirty-three boys from 24 provinces are taking part in the 4th Iranian Youth Filmmaking Olympiad.”

Ilbeigi added, “The largest number of volunteers have been from Khorasan Razavi, Isfahan, and Hamedan. As of tomorrow, the classes are going to start with the mentors and trainers’ participation. One idea from each group will qualify for the finals. The jury members will talk to the young participants every day from 2 p.m. to 3.30 p.m. The films will be uploaded on Aparat, and the selected films will be judged by Marzieh Boroumand, Iraj Tahmasb, and Rasoul Sadr Ameli.”

Ilbeigi emphasized that the deadline should be taken into consideration. He added, “The closing ceremony will be held on October 22, 2020, so the mentors and trainers will have enough time to rehearse with the participants.” The director of the 4th Iranian Youth Filmmaking Olympiad thanked the Institute of the Intellectual Development of Children and Young Adults, the Municipality of Isfahan, Omid Channel, and Saba Innovation Center.

The director of the 33rd ICFF, Alireza Tabesh, began his speech by paying tribute to the late Akbar Alami as a prominent figure in Iranian cinema. He said, “We have tried to communicate with teenagers via social media. I’m grateful to the Youth Cinema Council and the Institute of the Intellectual Development of Children and Young Adults that have been supporting us in the past few months.” Tabesh expressed his best wishes for the younger generation and hoped they could take advantage of their mentors and trainers’ expertise.

Subsequently, a video message from Marzieh Boroumand was played at the opening ceremony. She said that she had missed attending the opening ceremony and added, “Last year, we could collaborate with the younger generation and get to know what their concerns are. These days, we are dealing with the COVID-19 pandemic and the financial crisis. The online execution of the festival is a thrilling experience for me and a proper chance to get more and more ideas for you.”

She added, “We are going to hold a lot of workshops this year. The topic I have selected among your ideas is the relationship between human beings and nature. Wealth is whatever we have on this beautiful planet. We need to protect our cultural and spiritual heritage.”

Rasoul Sadr Ameli mentioned that the olympiad had to begin earlier. He said, “The event aims at discovering talented people. If we had started this event earlier, Iranian cinema would have gotten more recognition in the world. I regret not having this event in the earlier editions of the festival. I hope this event will be taken more and more seriously, and more and more young people will be discovered as future filmmaking potentials.”

Having introduced the mentors, a video message from Iraj Tahmasb was played at the opening ceremony. He addressed the young people and said, “I’m glad to see you again. The olympiad is a great opportunity for gaining experience. Last year, a lot of talented kids participated in the olympiad. I have seen some brilliant works in this edition of the olympiad as well. I hope you will all become successful filmmakers in Iran.”

At the end of the opening ceremony of the 4th Iranian Youth Filmmaking Olympiad, the young participants were grouped.

Due to the outbreak of the new coronavirus and based on the multimedia agreement made by the Iranian Cinema Organization, Farabi Cinematic Foundation, and Isfahan Municipality, this edition of the festival is being held virtually from October 18 to 23, 2020 under the supervision of Alireza Tabesh.
The festival is organized in a competitive format in two different sections; Iranian Cinema Competition and International Cinema Competition.