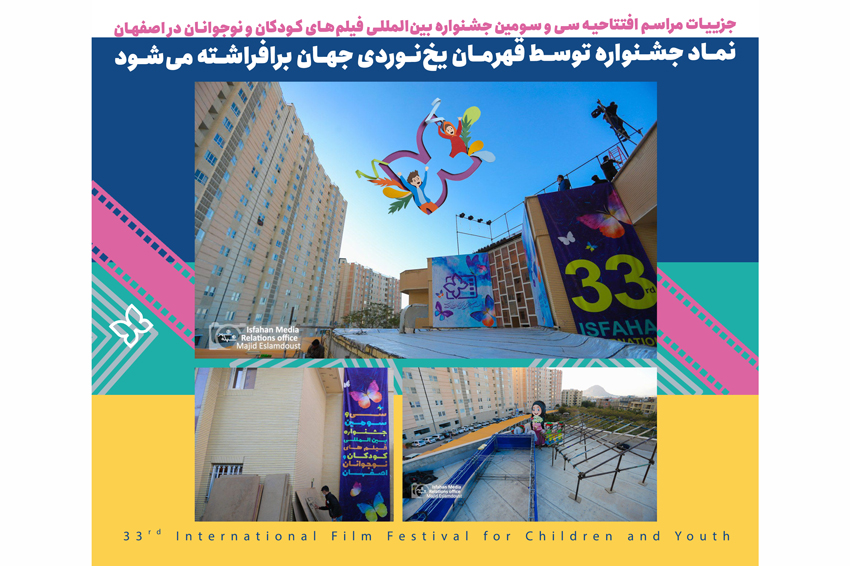 The opening ceremony of the 33rd International Film Festival for Children and Youth is being held on Sunday, October 18, from 6.30 p.m. to 8 p.m. local time, broadcast live on Omid TV, IRIB Isfahan TV and Tiva interactive TV. 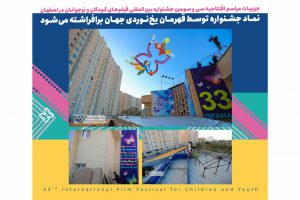 Due to the restrictions caused by COVID-19 pandemic, the opening ceremony of this edition of the ICFF is going to be held in a limited scale on the rooftop of one of a cultural center in Isfahan and broadcast live on Omid TV, IRIB Isfahan TV and Tiva interactive TV, according to the 33rd ICFF Public Relations Office.

The opening speeches by the Festival Director, Alireza Tabesh, and the Mayor of Isfahan, Ghodratollah Norouzi, will be parts of the ceremony.

As the ceremony is being held on the rooftop of the cultural center, families living in more than 500 residential buildings around can see the entertaining programs from their balconies and windows and, in some parts, can also interact with the organizers from home.

Chanting a song to honor Iranian healthcare workers and heroes and releasing balloons into the city sky are among the planned parts of the event which are going to be performed in an interactive way with the citizens participating from their balconies and windows.

The opening ceremony countdown is going to be displayed by lights. The festival films are being introduced and the opening speeches presented in video clips. Masoud Tavakkoli (Uncle Masoud) is going to entertain the children for some minutes and the Isfahani rock climbing world champion, Mohammadreza Safdarian, is raising the logo of the festival.

A music piece by Reza Sadeghi is going to be sung by people to honor the healthcare workers fighting COVID-19 and the Festival’s Declaration is going to be read as well.

The special Si o Se Pol Bridge video clip, fireworks and balloons being released into the sky by children and teenagers are going to be the final parts of the ceremony.