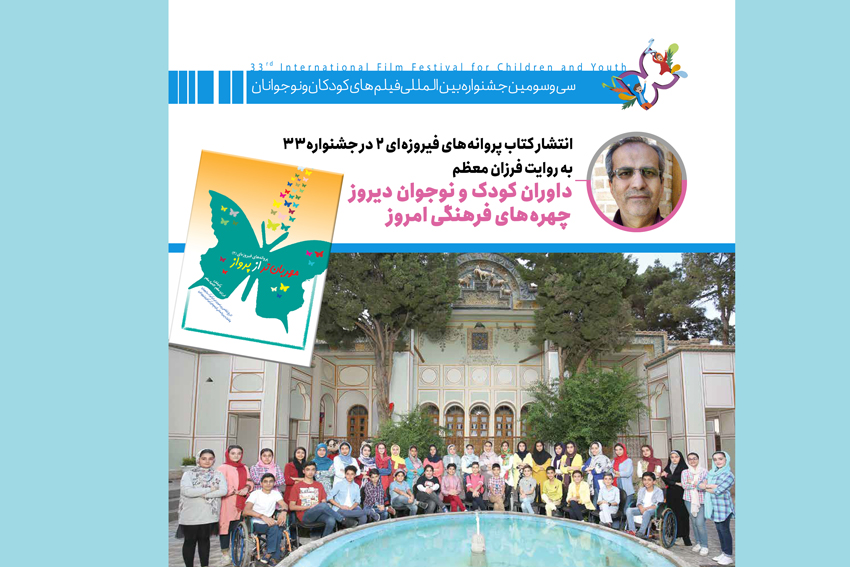 “Turquoise Butterflies 2” (More Gentle than Flying), an oral history of the child and teenage jury members of the International Film Festival for Children and Young Adults (ICFF) has been published in an attempt by Farzan Moazam and Anahita Moazam. 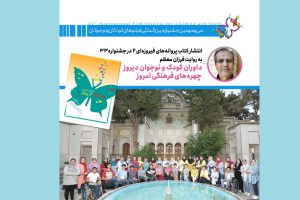 According to the 33rd ICFF Public Relations Office, Farzan Moazam, the author of “Turquoise Butterflies 2”, said, “The International Film Festival for Children and Young Adults is the longest-lasting post-revolution cultural event in Iran. Children and teenagers have always been the center of attention at this festival, and some of them have participated at the festival as jury members. “Turquoise Butterflies 2” addresses this subject.”

He added, “This 308-page book includes interviews with the directors who have been involved in the festival since the very beginning. We began with an interview with Alireza Shojanouri, the director of five editions of the festival. We later talked to artists who have won awards at this event. The book also includes a section centered around the ones who have collaborated with the festival as jury members.”

Moazam added, “The significant point is that the once child and teenage jury members are currently among the prominent cultural figures.”

He stated, “We have tried to pay tributes to those who have been involved in the festival or the filmmaking olympiad throughout the years. Even those who live abroad sent us voice messages and told us about their festival memories.”

Due to the outbreak of the new coronavirus and based on the multimedia agreement made by the Iranian Cinema Organization, Farabi Cinematic Foundation, and Isfahan Municipality, this edition of the festival will be held virtually from October 18 to 23, 2020, under the supervision of Alireza Tabesh.