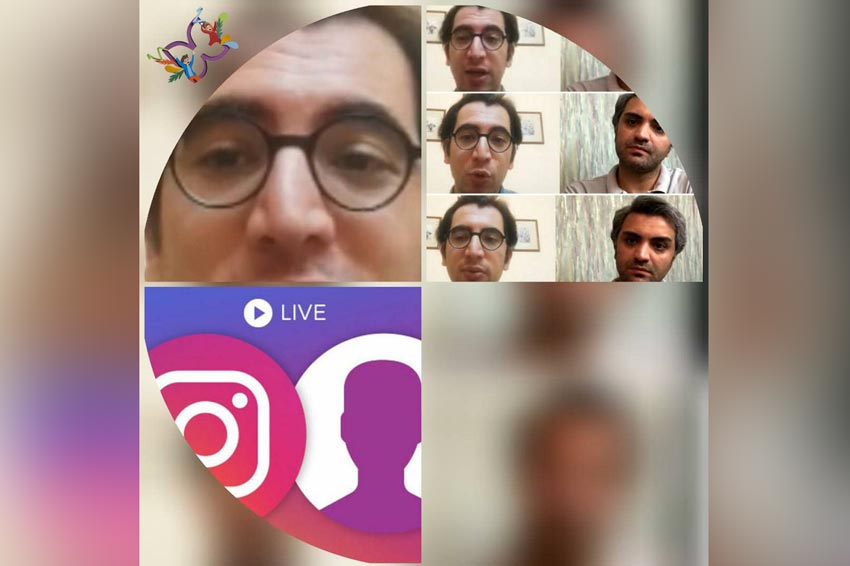 In a live conversation with Mohammad-Sadegh Lavasani on the official Instagram page of the festival, the 33rd ICFF International Section Deputy Director, Hamed Soleimanzadeh refereed to the great change the world has undergone since the moment the news of COVID-19 outbreak began to spread. Comparing it to the Spanish Flu which affected the world nearly a century ago, Soleimanzadeh said, ‘I was at Berlinale when I found out about the spread of the virus in Iran as well as other counties of the world including Germany. The first festival which was cancelled due to the pandemic was Cannes Film Festival whose famous Film Market was virtually held two months later than its routine time. So, other festivals began worrying about cancellations. They introduced certain platforms so that their audience could participate. However, among children film festivals, Giffoni Film Festival decided to hold the event with limited number of participants taking part physically, and it was a success’. 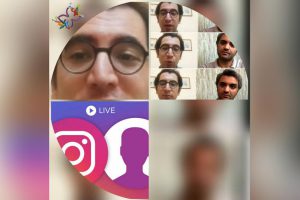 He also referred to Venice Film Festival in which strict health protocols were maintained and as a result, no cases of virus contraction were reported after the event.

Regarding the fact that the Iranians are experiencing virtual format of festivals such as Cinéma Vérité, Children Film Festival, Short Film Festival and Fajr Film Festival for the first time, Soleimanzadeh emphasized that the reputation of these festivals, and the ICFF in particular, should seriously be taken into account and their color and character should be transferred to the audience. ‘We hoped that the pandemic would be over by autumn. But it did not happen and we found out that it would not be possible to hold a physical festival. Therefore, we considered the virtual format as a priority. For the International Section, however, we faced more difficulties. In the previous editions we did not have serious problems for inviting guests as there were enough motivations and attractions for them to join the festival. Yet, for this edition, there were limitations including financial ones. Hence, holding the International Section with the current budget seems more like a miracle’, he added.

Soleimanzadeh also mentioned that the films in the Competition Section in this edition are not going to be presented through virtual platforms. ‘There were challenges concerning the process of obtaining the necessary permits and financial transactions. We tried to get help from Farabi Cinematic Foundation and all those who are active in the International sector to manage this section of the festival with the least risk of failure and to support and reinforce the Competition Section more than before’, he continued.

‘When the plan for including the Corona-Narrative Section was announced, we contacted our friends in Germany and Poland and they provided us with a good collection of films which were screened at a festival with the same theme. Moreover, India’s Smile International Film Festival, which is one of the old and reputable festivals in Asia, let us have a collection of their selected films related to COVID-19. And all this involved no financial transactions as it was done within the framework of cultural transactions’, the Deputy Director explained.

He also referred to the works submitted to the International Section and said, ‘there are 11 animated works in the Competition section 3 of which are from Iran and we have works from Russia, Denmark, Germany, France, Norway, etc. There are 9 short films in this section, too. For the first time, in this edition, we have separated the animated films from thefeature fiction films. There is a great German animated film which has been very well-received internationally; and what I really feel good about is the high-quality content, diversity of participants, and the themes which are focused on. The main themes are taking care of nature, family and family ties, humanity and some moral issues which have been recently less paid attention to. In addition, we are going to hold 13 international educational workshops, and a fair number of people have registered to participate in them. Regarding the workshops, we tried to have both variety and rich quality. So, the instructors are going to focus on specific topics instead of addressing different issues. This will help us have to-the-point videos which can later be used as materials by Cinema students to write articles and even books’.

In the end, he expressed hope that the cinemas will reopen soon, people can put these hard times behind them and the next edition of the festival will be held more vibrantly than this edition.