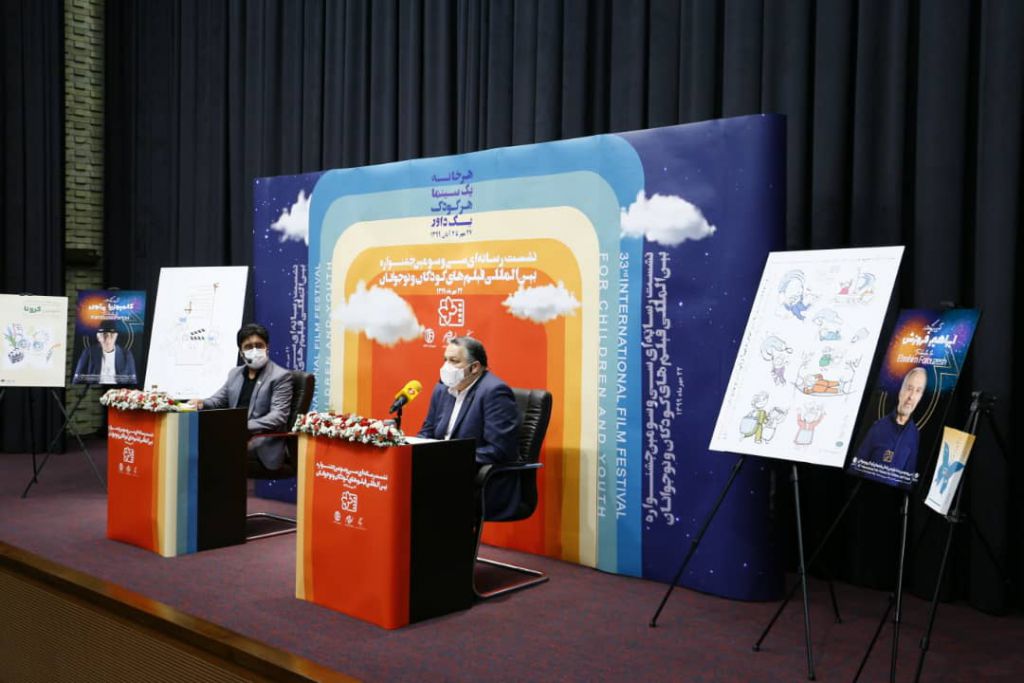 Isfahan, the center of the festival

Following the press conference, the reporters’ questions were answered and further explanation was given to this question: ‘’The permanent secretariat of the festival has been established in Isfahan and it has been seriously emphasized that Isfahan is the center of the festival.’’ He also added on the efforts that are being made to promote children’s movies on screen: In previous years, the main concern of the media was why there is no
a serious solution for screening and we did our best to screen all festival’s movies except for one, last year. 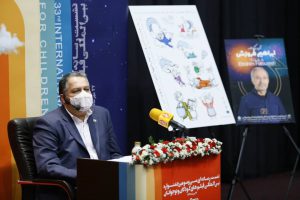 Increasing growth in production instead of customization

In reply to one of the questions, Tabesh explained: Once the press correspondents’ biggest concern was why The Children and Young Adults festival is customized, I’m glad to announce that this year we have seen dramatic growth in children’s cinema production. Most of these works were made with the engagement of the private section. And another concern was that children’s movies had a quantitative and qualitative decline. During these years, younger cinematographers are active in children’s and young adults’ cinema, and you can see samples of their work in animation movies, which have been among the box office hit movies of these years. Along with the veterans are also working and have produced significant movies. At the same time, good movies have been produced at the international level. In this edition of the festival, young people are alongside the veterans and we have moved forward in children and young adults’ cinema.

The cost to organize the festival, lower then an average budget for a movie

In reply to one of the questions, asked by a reporter he said: Despite the growth in the cost of Rials and foreign currency, the predictions we made for the 33rd festival’s costs, it faces a reduction and was less than the average budget needed to make a movie. The movie owners are paid their screen fee, for 3 screenings on different platforms and awards will be given to the winners, in this edition of the festival. These two parts’ costs, are the main parts of the festival cost and will somehow be accrued directly to the producers themselves.

Hosting the physical part of the festival on a limited basis

Organizing the 33rd festival with the platforms accompany

Alireza Tabesh in response to a question said: The the process that has been pursued in the field of the digital economy in our the country in recent years is based on the fact that this field needs its infrastructure. The bases are provided in the private sector, this festival is being held with the platforms’ help. We had meetings at the Ministry of Communication and we got help from Dr. Nazemi, the head of the Information
Technology Organization, the conditions are well and I hope children and their families would be able to follow the works and side events of the festival, for 6 days. Required savings were done this year
Tabesh, the festival secretary in reply to one of the questions, said: Film organizations and film festivals have made it clear that all of their sponsorship programs and costs are accessible. We hope that this action taken by the film organization and its following institutions will become an extant culture. This year, despite all the addition we ha had in foreign currency and rial costs, the required savings were done this year. Introducing an online event requires visual content and new work, which is why our colleagues at the Secretariat are looking for new subjects every day.

In reply to a question asked by Honaramnd newspaper’s reporter, said: The 33rd ICFF is proud to announce two of the honorable and well-known faces in Iran’s children and young adult’s cinema. This year we will celebrate Ebrahim Forouzesh and Kampozia Parvati.

Urban diplomacy has been achieved in the heart of the festival

Following the meeting, in reply to the rest of the questions, he clarified: Holding festivals in important historical and cultural cities of any country helps to develop the diplomacy of that country. Cinema has an important place in our country and cinema for children and young adults, has always been one of the biggest concerns for critics, the media, and different artists.

Platforms accompany to organize the festival

The 33rd children and young adult film festival secretary continued: In the negotiations, we had with the platforms, we cooperated in the technical and content fields, and they also participated in paying a part of the festival expenses.

Our biggest challenge was to change the mindset

A reporter asked a question related to the challenges they faced and Tabesh replied: Our biggest challenge was to change the mindset. We are used to holding festivals, traditionally, a kind of festival that has got its own rules. During this time of coronavirus, the most important thing is for people, not to be around each other, and due to this condition, we had to hold the festival, virtually. I hope all the experiences from this year, would lead us to have a better future.

In reply to the question that what is required to acculturate watching movies for children and young adults, Tabesh said: A part of this process, depends on native production. We were born in the analog generation and in the digital generation, everything is easier to access. And to acculturate watching movies online, it requires native production. A reporter asked about the importance of movie adaptions in children’s cinema and Tabesh replied: An important part of the movies all around the world, are adaptions. We believe that one way of growth in the cinema is to pay attention to movie adaptions.

In reply to a question related to online workshops, he said: Part of this years is related to holding workshops online, with international instructors. In this edition of the festival, we have four joint panels that are held online.

Covering parts of the deprives areas in Isfahan with itinerant theater

In another part of the meeting, Tabesh said: Due to the coronavirus conditions, we are mot able to hold the festival like previous years, but just like last year, we are going to have an itinerant theater to cover the deprives areas in Isfahan.

We have tried to pose the challenges, with the producers

In reply to one of the questions, Tabesh said: Social media has a direct effect on the audience’s taste and it’s one of the challenges we face and we have tried to pose this challenge with the producers themselves.
Critics’ criticism is debatable / Hope this edition of the festival would be a good answer to parents’ concerns
One of the reporters asked whether it’s important to hold the festival like this although it does not have the impression of a physical festival, Tabesh said in reply: A large number of movies in ICFF have reached the festival, and those who have sent the works and the audience are waiting to watch them. A festival is a place for these movies to be seen. And we will try to hold the festival when we don’t know when will this come to an end.

In reply to one of the questions, he said: One of the plans we have for this year’s festival is to create an entertaining atmosphere for children and young adults and their families. And of the advantages of this year’s edition is that it will engage families in cultural and artistic activities.
I hope that our efforts will lead to facilitating cultural prosperity
Tabesh was asked that what number they will give themselves for their operation, this year, and he said: I tried to listen to different points of view that we have related to movies and cinema. And I hope our efforts would lead to facilitating cultural prosperity.

Existential philosophy of the festival

Tabesh was asked that “why the children’s production do not engage children in watching them” and in reply, Tabesh was satisfied with only one sentence and that was “The existential philosophy of the festival does not have such a view.

Following the decisions made by the National Corona Headquarter

In reply to one of the questions, Tabesh said that: We follow the decisions made by The National Corona Headquarter, And if it was possible, we will hold the festival physically, of course with a full protocols observance.