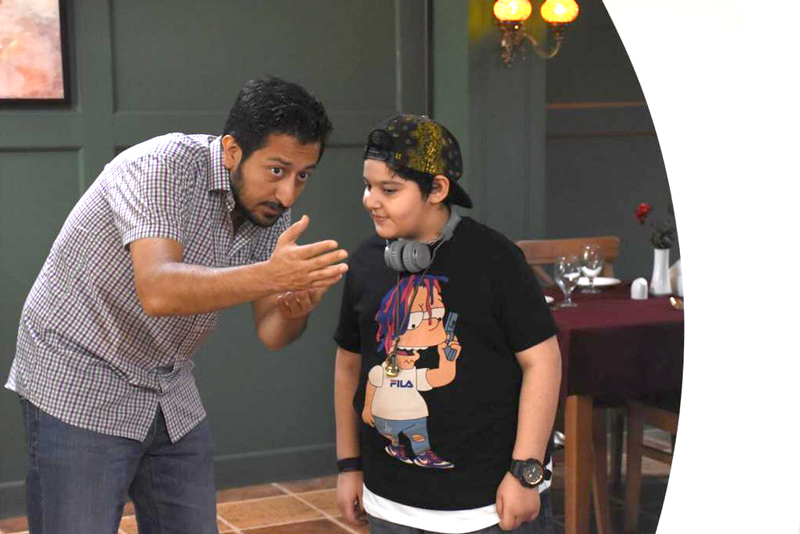 The acclaimed International Film Festival for Children and Young Adults director said: The new generation of kids is really intelligent, and their grasp and imagination are very strong. 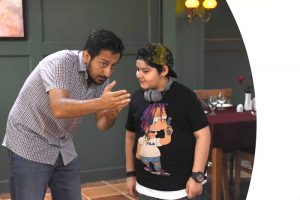 If they have any talent in this field, they will learn very well and quickly become the best.

The 33rd ICFF Public Relations Office reports, Soheil Movafagh said, “To get a child or young adult actor to play in front of a movie camera, the first step for me as a director is to cast properly. Certainly, in this phase, there’s no difference between choosing a child or an adult actor. The directing team starts holding auditions weeks before pre-production until we come down to one or more candidates and to cast the actor, I have my own standard, which is for the actor’s characteristics to be close to different roles in the script.”

Soheil Movafagh said, “To get whether a child or adult actor to play, is a matter of common sense, through my personal acting background and experience. Of course, it is not like I would want the main actors to play in front of the camera, in the kind of cinema I imagine for myself before they are actually ready. Inevitably, all the preparations will be done, from various rehearsals to script reading, in presence of all the actors, and until the very last moment I will not assure any of the actors whether they certainly will be in the movie or not, so that they would be practicing for the role assigned for them, in order to have a great performance in front of the camera.” 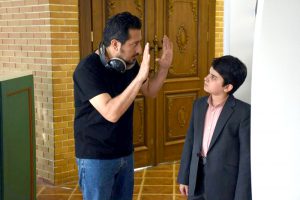 Movafagh said, “One of the main steps before filming, even before script reading, to feel closer to the roles, depends on the actors’ imaginations. With the child actor himself/herself, we will create an identity card for the role they are going to play in front of the camera, and we will create an individuality which will include behavioral, verbal, etc. specifications, the kind of specifications we may never see in the movie itself but the ones which will help the actors to idiomatically own the part and comfortably live with it. In that case, I even have plans for the times the actor is not in front of the camera and I will do that through their families.”

The director said, “The actors who will finally make it through the movie, besides having their best performance, will learn things that they will only learn via participating in an acting workshop. The knowledge they will achieve is something they will be able to use in their future projects.”

The director of “Chocolate” continued, “The considerable and unfailing point about me is that my inner child is still enlightened and active, and I try to create an atmosphere behind the scenes to be followed by the crew.”

The director of “Pastarioni’’, the movie which has won the Golden Butterfly Award at the 31st International Film Festival for Children and Young Adults, said, “The new generation of kids are intelligent and have great understanding and imaginations. If they are talented in this field, they learn very well and will quickly become the best, and one of its reasons is the mass media high volume, especially cyberspace, which many people use to become visible and seen and they partially will gain followers through it, these days. Of course, cyberspace is both an opportunity and a threat and in children and young adults’ case, first families then cultural institutions, have a grave responsibility in order to learn and acculturate its proper usage and to turn threats into opportunities and prosperity.”

Due to the outbreak of the new corona-virus and based on the multimedia agreement made by the Iranian Cinema Organization, Farabi Cinematic Foundation, and Isfahan Municipality, this edition of the festival will be held virtually from October 18 to 23, 2020 under the supervision of Alireza Tabesh.