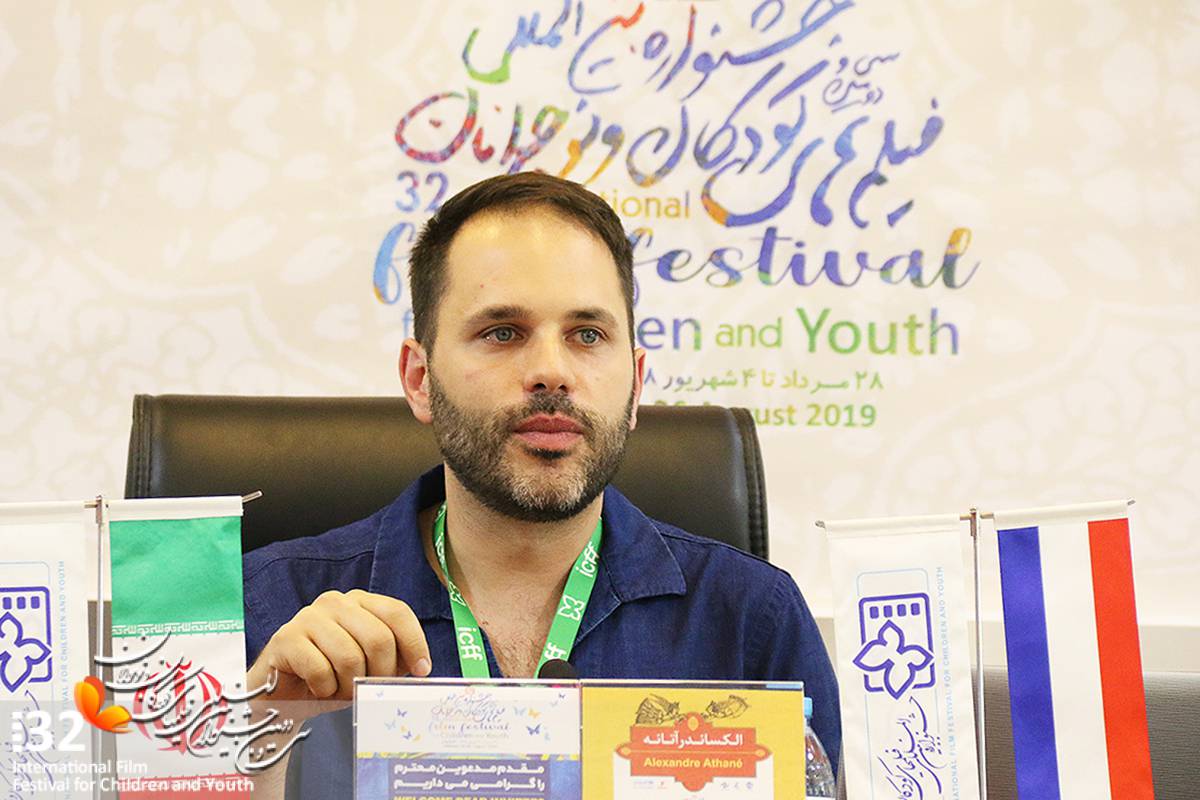 French animator Alexandre Athané was the presenter of the workshop titled “How to make a self-taught short animation film?” that was held at Isfahan’s Central Library.

He, who won the prize for the best animation at the previous edition of the International Film Festival for Children and Youth (IFFCY), said that he was invited to the event again to hold the workshop for those who are interested in animation making.

“Animation making is a multidimensional task and anybody who wants to be an animation maker is required to know a minimum level of the technology, the state-of-the-art cinema tools, and knowhow of the directing animations,” he said.

Animation dates back to long time ago that the Neanderthals started to draw paintings of animals on the walls of caves, most of which are still there, he said adding that this shows that animation is based on paintings.

Speaking on the links between cinema and animation, Athané said, “Animation means movement of the picture and paintings, and cinema and films are too defined as the same.”

Referring to feedbooks, he said that everyone can use its paintings in consecutive frames to make an animation film. Then, you will get an idea of the number of pictures that you need for making an animation, the French artist said adding that he had made some 10,000 paintings for his first animation.

“If you have an open, strong mind, you will certainly find making animations an enjoyable activity, and even the skill can nurture the mind for doing other tasks,” he noted.

Explaining about the starting point of an animation work, Athané said that there is no need to have a live model as your main subject. Rather, he added, the world of animation is much wider than you can imagine. So, one can start with an object, he said noting that all of the time of an animator should be spent for making the story of the animation.

“I would advise you that for the beginning, you’d better to only paint and draw sketches. This trial and error will let you awaken your sense of creativity. So, be patient and let your feelings help you be on the right track. Feelings and creativity can bring you ideas that nobody else has even thought about them.”

The session was followed by screening of two animations, and the French animator elaborated on the time spent on each part of the films.