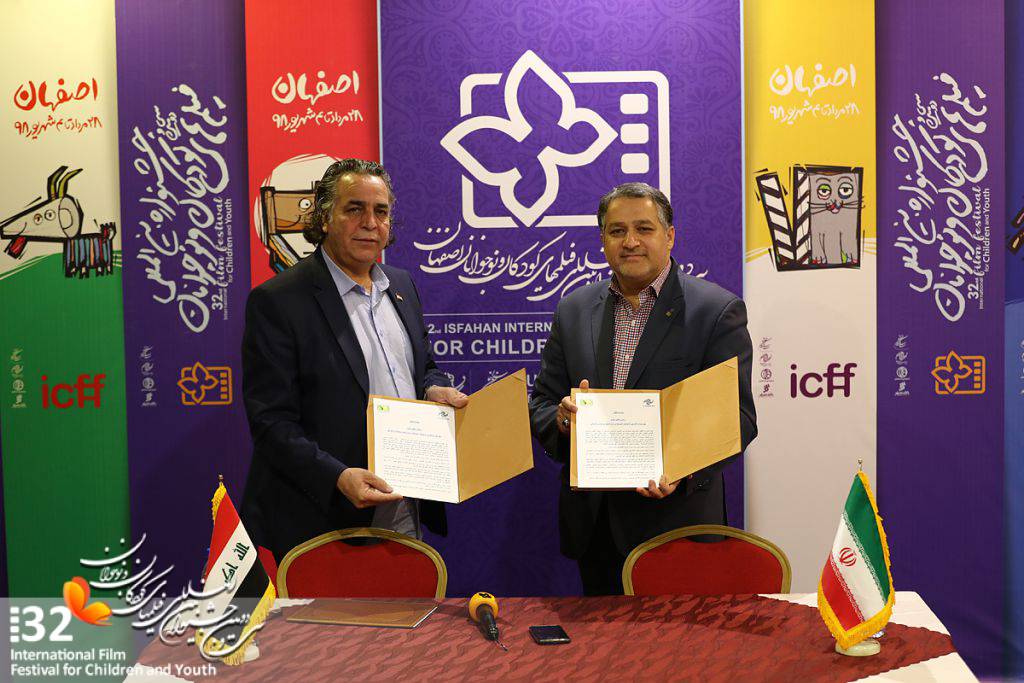 In the Name of God

In the light of religious, ritual, cultural and historical bonds and commonalities between the two nations of Iran and Iraq, and given the visit of Iran’s Minister of Culture Dr. Abbas Salehi to Iraq and his meeting with his Iraqi counterpart Dr. Abdulameer al-Hamdani, and in pursuit of promoting the cultural cooperation between the two countries on cinema, and to implement the agreement of cooperation, this memorandum of understanding (MoU) is signed between Iran’s Farabi Cinema Foundation and Iraq’s Cinema and Theatre Department with the following objectives:

To examine and propose plans for screening films of the two countries in each other’s cinemas.

To exchange scripts to be studied and selected for co-productions.

To make plans to increase the number of co-productions on the agreed subjects, and to implement the plans, and make investment after the details are approved by both sides.

To cooperate with each other on holding major film festivals and work in the film markets of the two countries, particularly to propose decent films to nominating committees, as well as giving suggestions on guests and participants.

To introduce producers of post-production equipment and services and laboratories in Iran by the Farabi Cinema Foundation to cooperate with the Iraqi side so that it could benefit from the existing facilities.

To consider and offer applicable plans for presenting cinematic products of the two countries to play on video networks, online and in-flight.

Co-production and release of documentary and experimental films

To host Iraqi cinema activists in technical courses of cinema at the Iranian National School of Cinema in Tehran.

To help holding workshops by Iranian lecturers meant for training filmmakers in Iraq.

Private screening of Iranian films in Iraq in the presence of the films’ cast and crew.

To hold cinema days of the two countries by each other along with commemoration of filmmakers.

The present MoU is comprised of 13 articles, drafted in two original Persian and Arabic versions. It shall be valid for a period of three (3) years, unless a notice to terminate in writing is signed by one party six (6) months prior to the expiration date.