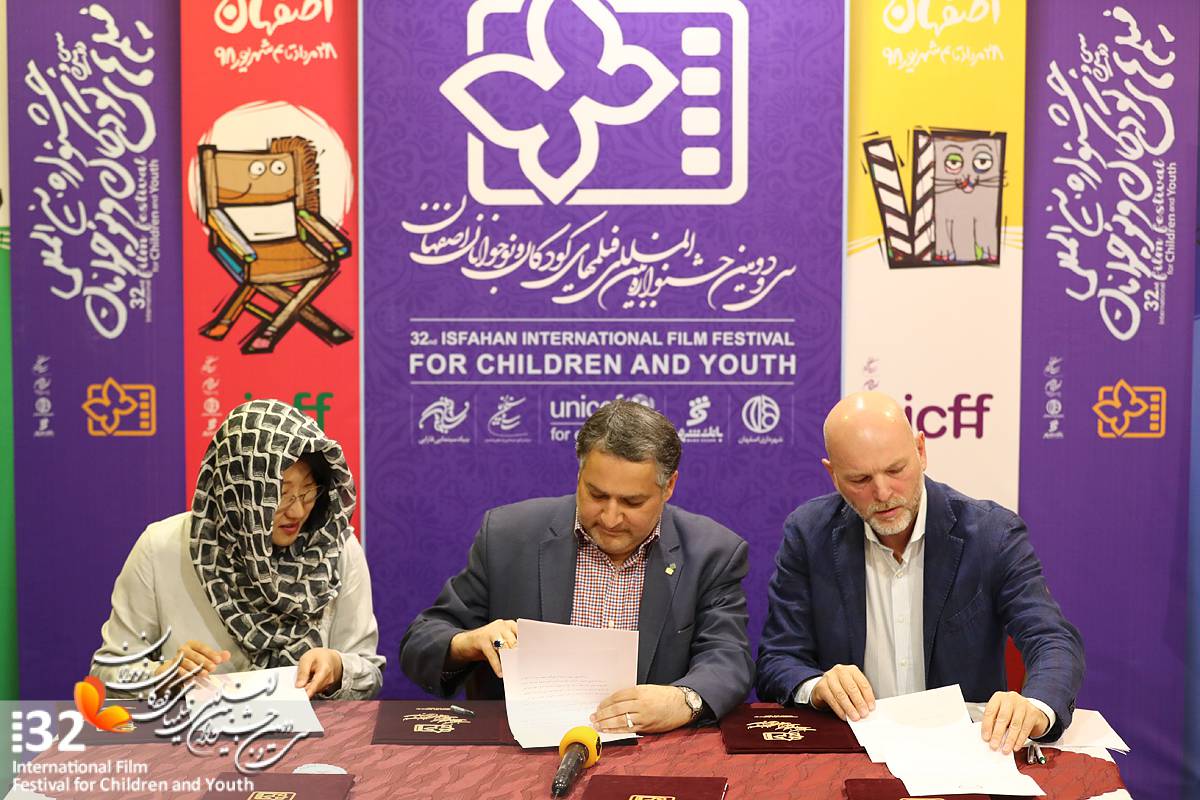 The representatives of Iran, Russia and South Korea Saturday signed a trilateral memorandum of understanding to boost cinematic cooperation.

The MoU was signed on the sidelines of the 32nd International Film Festival for Children and Youth (IFFCY) that is under way in the Iranian central city of Isfahan.

The IFFCY International Manager Dr. Raed Faridzadeh said that the articles of the MoU are related to festival cooperation but it is expected that it goes beyond the festival and promote all types of cinematic cooperation among the three countries.

“Several sessions of bilateral and multilateral talks with the MoU parties pave the way for the agreement, which is expected to set the ground for cooperation among Asian and Eurasian countries,” he said.

Deoun Seo, the Korean representative, expressed hope that the MoU will lead to more future cooperation.

Referring the Korean saying that when one starts doing something, he or she is already in the middle of the path, she said assurance that the MoU as the first step of cinematic cooperation among Iran, Russia and South Korea will bring greater achievements.

The Korean representative also expressed hope that the MoU sets the ground for more efforts aimed at a better future for children.

The Russian representative at the meeting, Nikolai Daan, said that when two or more parties join forces to do a task, they will certainly get stronger. Similarly, the three countries—Iran, Russia and South Korea—will make more useful efforts for children, and their thoughts and ideas will be better understood by the international community.

He said that the MoU will open doors to European and Asian countries. Daan also stressed that with the common cause of children, the three countries will try harder to achieve much more.

At the end of the meeting, the Director of IFFCY, Alireza Tabesh said that Iran has signed many MoUs with other countries, but the current one is focused specifically on Eurasia.

“Our colleagues in the three countries have spent months on studying the fields of cooperation and the content of the agreement and it is a great honor for IFFCY that the result of the marathon of efforts is signed on the sidelines of the festival,” he said.

He expressed hope that the MoU would lead to much stronger and comprehensive cooperation among Iran, Russia and South Korea on cinema.