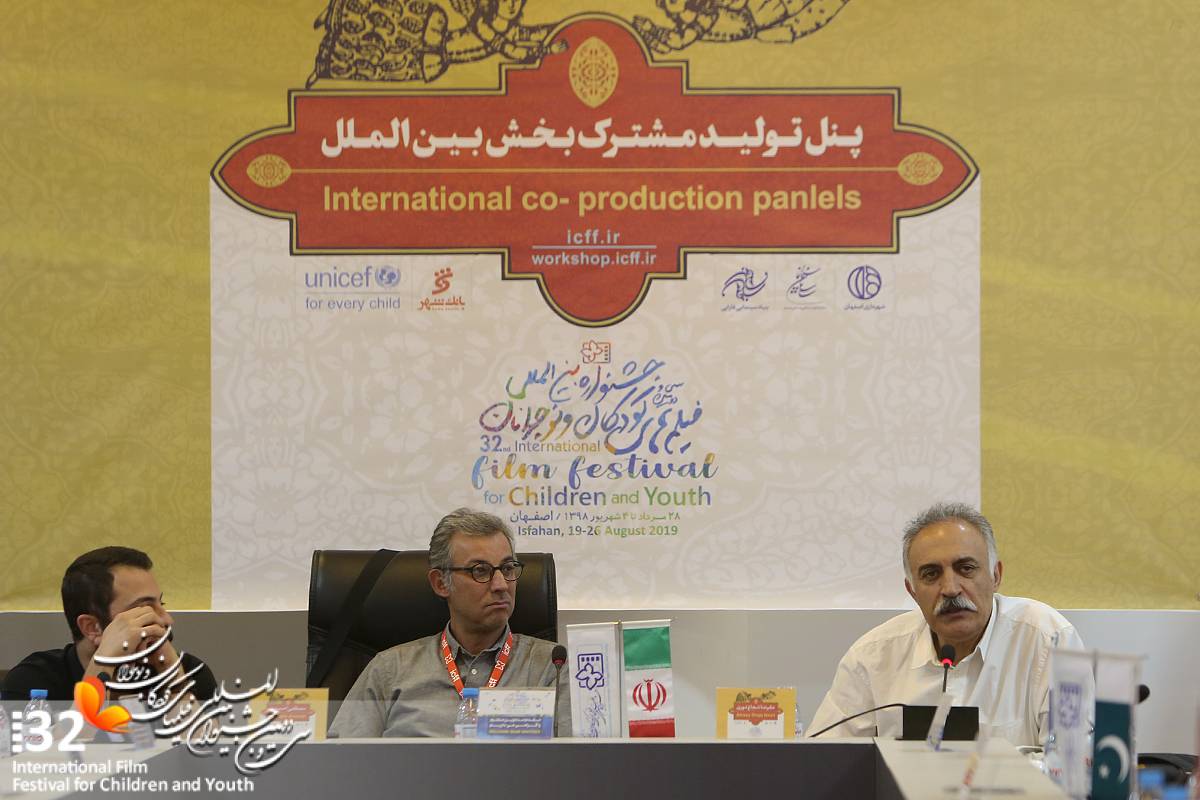 The first thing that matters when it comes to co-production is to find the common grounds, and then the motivation and knowledge of the both sides.

Iran’s co-production was one in a series of international co-production panels held on the sidelines of the 32nd International Film Festival for Children and Youth (IFFCY) that is being held in the historical city of Isfahan.

Ahmadi emphasized that co-productions are focused on commercial films and financial benefits. He also noted that the presence, whether as a producer or executive personnel, should be legal with the aim of trust building with foreign investors.

The first part of our experience is commercial products, and the second, which is very rare, is the international and official co-productions in which you can benefit from the financial gains of the project, he said.

Yalda is another film that was jointly made in cooperation with France, Germany, Switzerland, Luxembourg and Lebanon, he said adding that Walnut Tree was jointly made by Turkey and Bulgaria.

Referring to other instances of co-production, such as The Twins by Ali Mosaffa, and a number of projects under consideration with Serbia and Poland, he stressed the necessity of doing the procedure of co-productions in right manners.

The Farabi representative said that Iran is a vast territory endowed with rich biological resources, deserts, various types of forests spread along a wide geographical situation that helps filmmakers in their projects. Iran, he said, is comprised of people with various ethnicities and different languages and dialects as well as numerous clothing, and unique stories and legends. The country also has cinema villages and real historical locations that is considered a valuable resource for the architecture and history references.

He said that for any joint venture, we need to know international law so that everything goes in line with the international regulations. So, a series of instructions are needed for doing co-productions in Iran, he said adding that such facility is provided by Farabi Cinema Foundation, and all such projects are required to comply with the instructions.

Referring to planning for co-productions that are aimed at children and young audiences, Ahmadi said, “This is a rule of thumb that includes the cinema of children.”

“Currently, we are working with Chinese partners to do the preliminary studies with this regard,” he said adding that in the field of children’s cinema, there are more grounds for co-productions, as there is less limitation and more cultural common grounds and diversity of stories.

In the meantime, Shoja-Nouri said that he has cooperated in several joint projects without governmental funding, such as the co-productions with Japan, Germany, Switzerland, UK and some other European countries along with the Tunisian director Naser Khamir. It is true that the financial aspect of each project is of great importance, he said, but it is not the only consideration in choosing a joint project.

The Iranian filmmaker added that the first factor in co-production is to find common grounds, and the second is the expertise and motivation of all sides. The films based on these factors will enjoy larger audience.