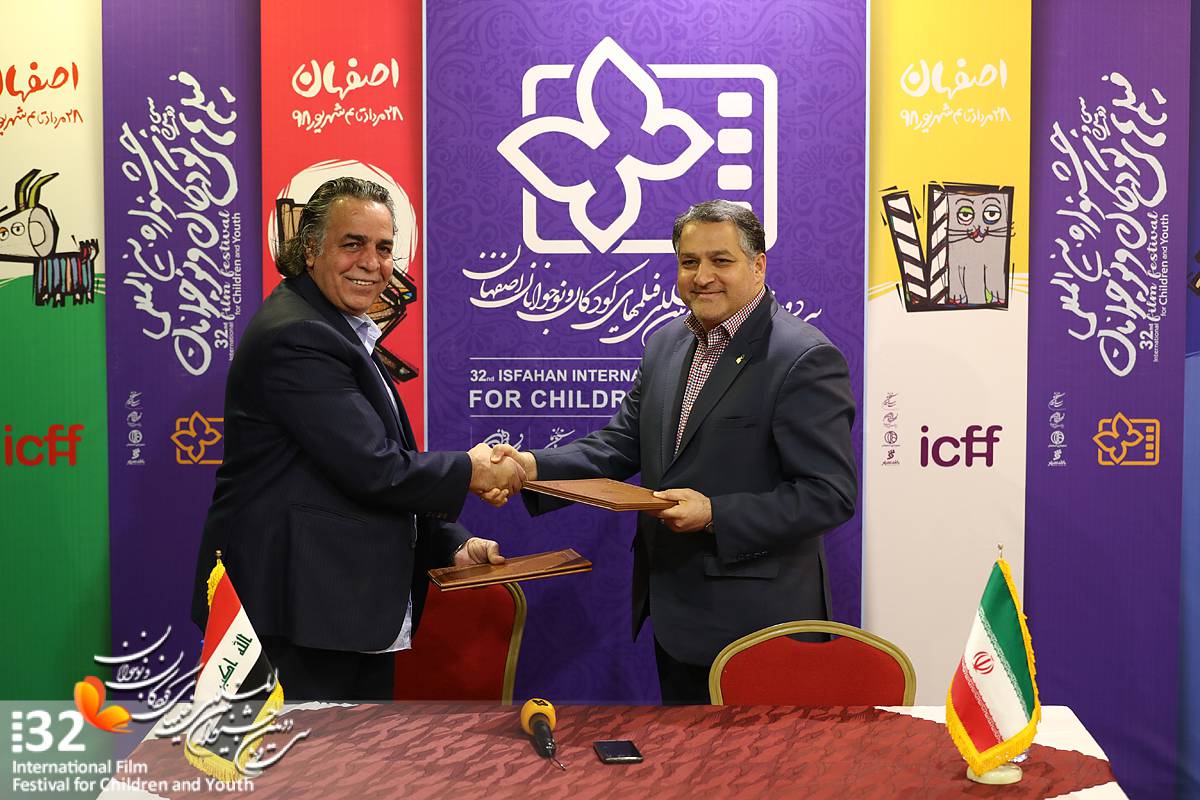 Iran and Iraq Saturday signed a memorandum of understanding to boost cinematic cooperation.

The MoU aimed at cinematic exchange, mutual screening, and co-productions between Iran and Iraq was signed by the Director of the 32nd International Film Festival for Children and Youth, Alireza Tabesh and Iraq’s Director General of Cinema and Theater on Saturday evening.

Tabesh said that the MoU is a follow-up of the agreements between the two countries’ ministers of culture.

He expressed hope that the MoU opens doors to both countries’ cinematic exchanges.

“People of the two countries share deep cultural bonds, and the trade, economic and various cultural and artistic relations have been broadened,” he said.

The Iranian director added that the new government in Iraq has improved the status of cinematic infrastructures in the country over the past decade, and major Iraqi cities such as Najaf, and Basra are now hosting film festivals.

Iranian officials have frequently expressed their willingness for cooperation and sharing experiences, co-production in the field of cinema with Iraqi side, and the very issues are reflected in the current MoU, he added.

The Iraqi official, for his part, expressed gratitude for being invited in Iran and the festival, and emphasized that the experiences gained as a result of his presence in IFFCY will be transferred to the interested Iraqi youth.

Mussa said that Iraq sees no country better than Iran for supporting Iraqi people in all areas, including cultural and artistic fields.

He described the agreement with the Iranian Farabi Cinema Foundation will help Iraq to improve its status in filmmaking.

Mussa said that his country will screen Iranian films in the future because of the belief that the films are valuable in many aspects.

He said that the MoU will open the window of progress to Iraqi filmmakers, adding that the country appreciates any support and cooperation from Iran.

The Iraqi official also offered his appreciation to the Iranian people, particularly those in the historical city of Isfahan, for their warm hospitality.