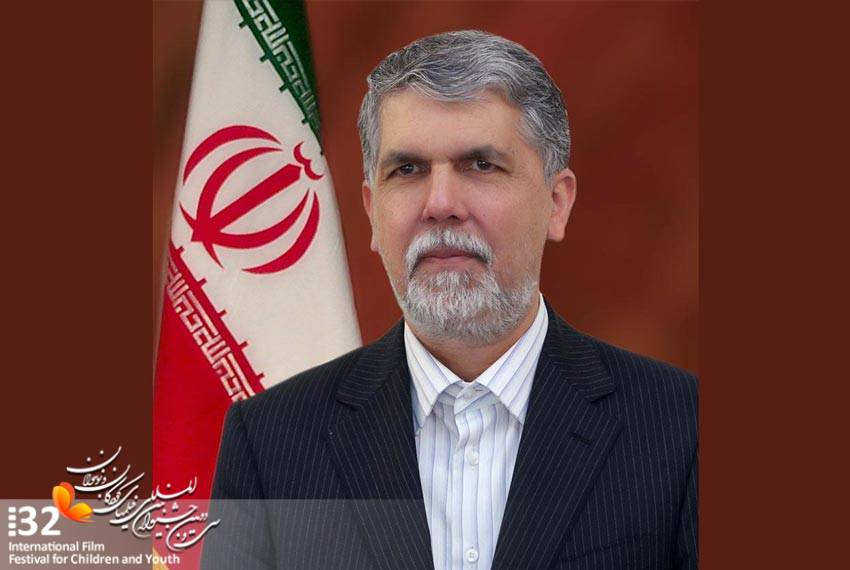 Iranian Minister of Culture and Islamic Guidance Seyyed Abbas Salehi in a message to the 32nd International Film Festival for Children and Youth expressed hope that the event could be held successfully.

In his message, the Iranian minister underscored that the fast-paced developments of today’s world have changed human life in many ways, including in the field of culture.

Meanwhile, children and youth be applying new technologies in their every day life, foretell us about an intelligent, questioning and reformist generation. By a true understanding of the a aforementioned inescapable facts, the 32nd Interpretational Children and the Youth Film Festival has taken renovating steps in line with gentle breeze of change, promising the Butterflies of festival a brand new world.

The formations in festival’s framework such as updated categories, the change in perspective towards cinema from an in dependent colony to become a part of image industry, is expressing an acute insight of our fellow committed filmmakers which will have understabable outcome for the children of our country.

This will have a soronous message of peace, mankind and sprituslityfor the whole world.

In an era which we need unity and cohesion more than any other time, simultaneous screening of festival film throughout the country is very pleasing. Screening of festival films in flood victim zones base of the elegant slogan ‘ Let Make the Dreams of Flood Afflicted Children’ is worth of a great appreciation. We take the coincidence  of this event with Eid- al Ghadir which is deeply in connection with Imam Ali’s (PBUH) Sire in regard to children ‘ s right, as a good 0men for the festival.I, hereby, express my sincere thanks to the hardworking secretary of the festival and all his colleagues in this impressive event and also thank all the authorities of Isfahan with its culture oriented people for bringing this gathering into reality. I hope to witness a successful festival and provide a valuable asset for generation to come. I wish for the blessing of Almighty  God  for the children of our land  and a dignity for Islamic Iran.