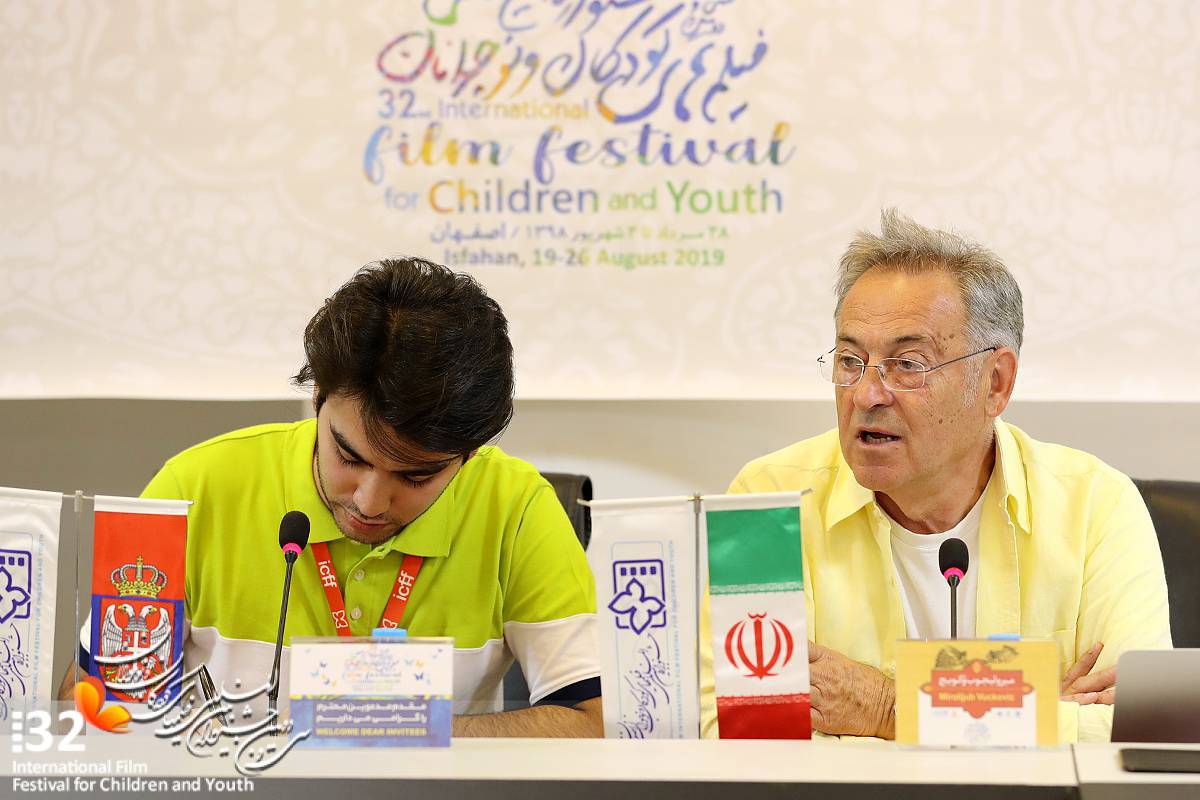 The first panel of making a joint film at the international committee of the 32nd International Film Festival of Children and Youth was held on Tuesday (August 20) in presence of the prominent Serbian filmmaker Mirolijub Vuckovic at the Central Library of Isfahan.

At the meeting, Vuckovic elaborated on the process of making a joint film by Iran and Serbia, sponsored by Farabi Cinema Foundation. The panel was followed by a press conference on the process.

Noting the complexity of making a joint film, he said that the agreement between Iran and Serbia was made in the international film festival in Germany based on the standards of both countries.

“Serbia is cooperating on making joint films with other countries, including Greece and France. Now, based on the ethical and environmental standards of Iran and Serbia the agreement was made with Farabi as a result of a shared understanding. Therefore, joint festivals and student and professor exchange in the field of filmmaking and cinema are expected,” he said. 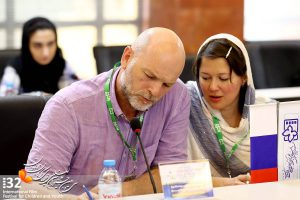 Vuckovic added that the archive of the joint films will be at Serbia’s conservation center for arts, he added.

“The center is willing to cooperate with Iran, and will remain committed to the principles of the agreement,” the Serbian filmmaker said.

“For 12 years, I have been studying the cinemas of countries, and it was the cinema of Iran that caught m eyes. The cinema is one of the most important arts that have been focused by the center. Opening institutes for preserving arts and keeping the joint productions is another principle of the agreement,” he explained.

The filmmaker said, “Tehran, Shiraz and Tabriz are the cities that have been chosen for making the joint films.”

The international department of the Farabi Cinema Foundation made lots of efforts and coordinated many sessions of talks for reaching the agreement, he said. It was concluded at the end that 6 projects, 3 related t each countries, be examined and one of them be chosen for production. The project will address the field of young and adolescent movies, and probably will be inclined to kids’ movies.

He also said that the most important issue for making a joint film is to make sure that no mistakes will be made on economic, ethical and cultural dimensions, as there would not be any second chance for trial and error.

There are, he said, three models of joint film production. “Organic model is a model in which the producer is motivated to produce a film for a country other than his/her own. And there would be a common issue between the two sides that is recounted in the form of a story or narration and is realized in the film. The technical model is another model in which there would be no shared cultural point between two countries, but the location, means or investment are shared.”

Vuckovic, also a film critique, referred to the Iranian film Qasr-e Shirin, as a good example of a movie which is produced based on technical model.

He then added that the third model is a specific model of joint production that is based on ideas exchange in terms of technical issues for making a film.

The Serbian filmmaker argued that there are two truths when it comes to filmmaking. One is what one sees on the screen, he said, and the other is the reality that takes place on the ground.

The two are not necessarily the same, he noted adding that the artistic elements of a film can also cover the events of everyday life.

He noted at the end that one of the characteristics of the cinema of Serbia is that the tax paid for making a film will be reimbursed after three months so that the filmmakers can invest the money in their films.

This is a advantage in making a joint film, Vuckovic said.