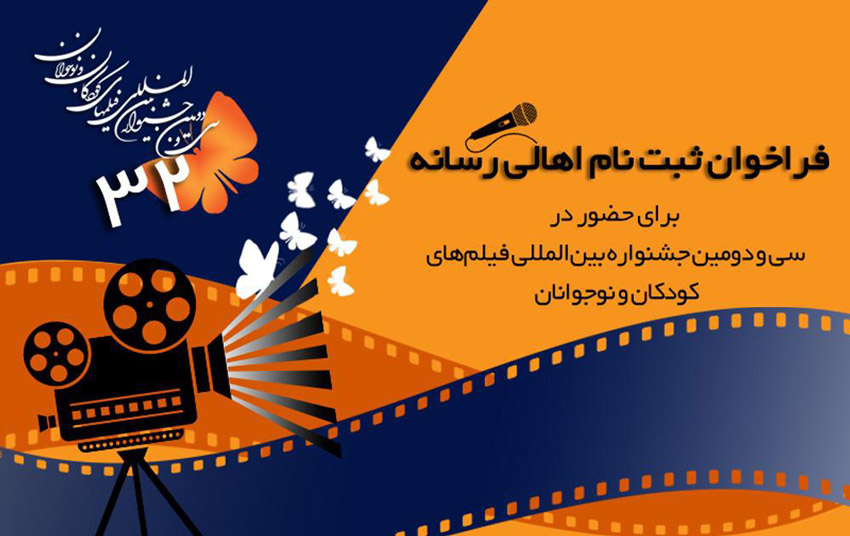 The 32nd International Film Festival for Children and Youth has announced call for registering the Iranian and foreign official mass media’s representatives in Iran to cover the event in central Province of Isfahan.

Representatives of domestic and foreign mass media licensed by the Iran Ministry of Culture and Islamic Guidance (news agencies, written publications and websites), as well as Radio and TV programs, should refer the festival’s website (www.icff.ir) and submit their applications in the journalists and community media registration section from Aug 9-16, 2019.

Applicants’ names and the final list of accepted media will be subsequently published through the festival site.

The call for registering the journalists from Isfahan province will be announced later.