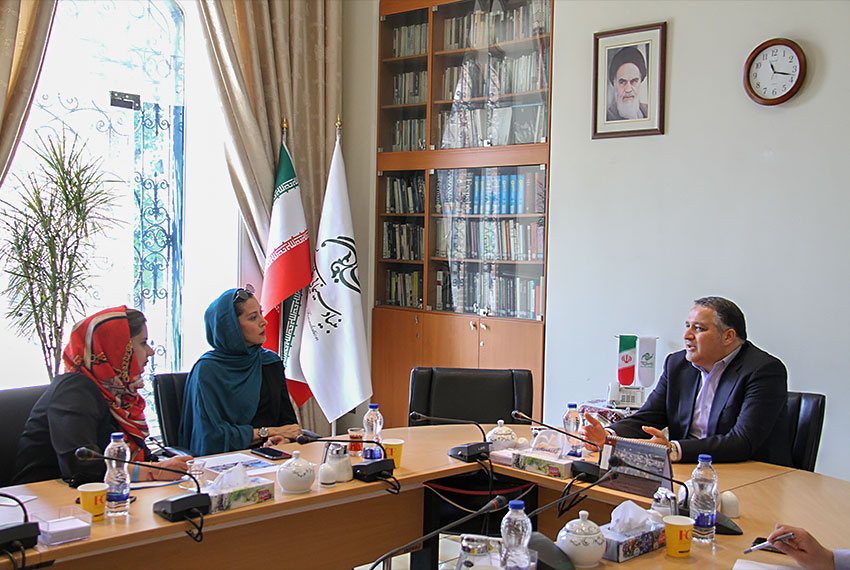 In a meeting attended by Alireza Tabesh, director of the festival, UNICEF National Ambassador in Iran Mahtab Keramati and UNICEF Iran’s Media Officer Bahareh Yeganehfar the issue for mutual cooperation was reviewed.

Following the formation of UNICEF’s independent jury board in collaboration with Keramati all of the feature-length, medium-length and short films of Iran will be reviewed for UNICEF’s special prize.

Commenting on the festival’s new approaches, Tabesh underlined that the cooperation with UNICEF can contribute to the development of the event’s goals, including the creation of a cultural-economic chain and modernization of the child and adolescent entertainment industry, which is featured as web series in this edition of the festival.

Tabesh said the festival and UNICEF cooperation could be continued throughout the year. Considering the importance of the fate of child labor, he said:” This year’s a program has been dedicated to this issue aimed at paving the way for them to watch the festival’s films.”

In a meantime, the festival International Manager Raed Faridzadeh briefed about different sections of the festival including the joint production panel, video library, invitation of international buyers, jury members from different countries and international jury board in two sections of feature-length and short live films as well as the animation, holding meetings attended by the specialized cinema professionals in Iran and the world and film production with VR technology films.

UNICEF’s criteria for choosing the best films are as follows:

-Creativity and innovation in script and performance

-Coherence and unity of the film

-Not using children as commercial tool

-Free from pessimistic and sympathetic look at the child’s character

-Free of violent scenes for the child’s audience

-Ethical considerations in the characterization of a child and the youth