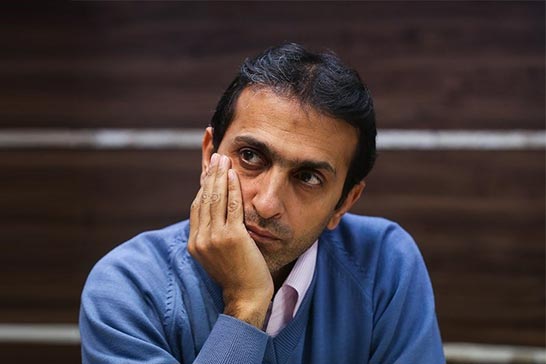 Director of “The Operations of Kindergarten” Farzad Azhdari stressed the

Significance of recognizing the age and origin of the audience for luring them to cinema.

Talking to IRNA, Azhdari underscored that those who make a child’s film should first define their own audience, for example, a movie that is suitable for eight-year-old child, can be dull for a 10-year-old child.

He added that producing  film for the youth is completely different from children.

Commenting on the importance of the upcoming International Film Festival for Children and Youth About, he added that the children’s festival cannot produce films for children.

“The festival is a venue for displaying children films and judging them,” the Iranian director said, adding that the event could play a useful role for displaying the produced films and could act as a platform for showing them.

“It is natural that all the works that are released at the festival will not hit the silver screens later,” he added.

“A good film justifies itself and encourages the film distributers and cinema hall owners. In my opinion, the director has a duty to make films with good quality. But we are still living in the nostalgia of the decade of 1980s, we have to admit that the era has been changed and we have to know our special audience,” he said.

Commenting on the significance of knowing the children cinema’s audience, he said that most of the directors who make films for children and young people do not think about the audience at the beginning.

“In an aim to lure the public audiences, some directors change some parts of the child film and this issue make the film improper for this target group,” he said.

“When children’s movies are not specifically designed for their age group, the films cannot bring children to the cinema’s halls, in a meantime the adults also do not like watching such movies,” Azhdari said.