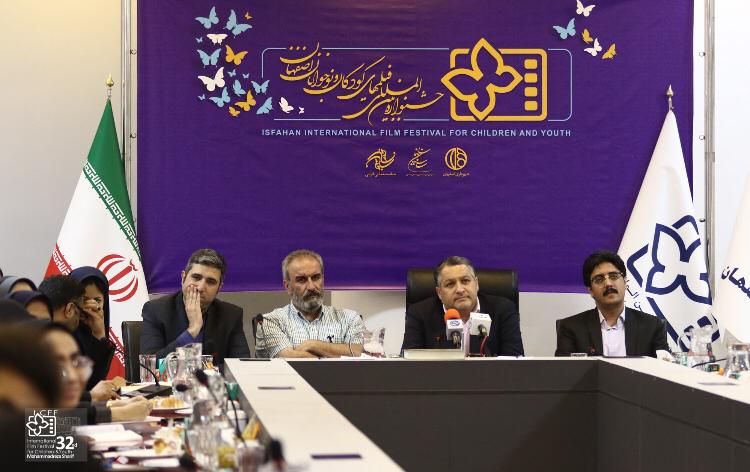 Director of 32nd International Film Festival for Children and Youth, Alireza Tabesh, said 44 countries have voiced their interests to attend the event.

Speaking to reporters in the historic city of Isfahan, Tabesh said the festival’s official has decided to pay due attention to historic and cultural Street of Chahar Baq.

He also hailed the sympathy of provincial officials for holding this international prestigious cinematic gathering.

“If Isfahan wants to be introduced as a creative city, it should continue its activities in the field of children and the youth fields,” Tabesh added. ”

“This year’s festival’s approach is to pay special attention to the historical and cultural Street of Chahar Bagh. Even the journalists would be stationed in this historic area. Most of the festival’s events, such as question and answer sessions, will be held in the area,” he said.

Tabesh underlined that 158 feature and short films, short animations, web series and special shows from Iran and 44 other countries will be displayed in the festival.

Thanks to the capacity of 11 halls and 2,400 seats, he added a 20-percent-increase of audience is expected this year.

Addressing the same gathering, the Festival Executive Manager Iman Hojjati hailed the reporters’ enthusiasm for covering the previous year festival, adding that the event is a great opportunity to introduce Isfahan province.

He added that this international festival could play a key role for luring more tourists in this historical city.

He said Isfahan is a member of the Creative Cities Network in UNESCO and a child-friendly city, adding that it is also expected that this city could play an effective role in the future of the economy with the help of creative industries, such as filmmaking.

“Isfahan is a child-friendly city, and all the organs in the city are trying to make it happen. For example, IRIB in Isfahan Province has expressed its desire to be recognized as a hub for producing the works of the children and the youth in the country. The journalists are also obliged to create a unity among different organizations nationwide.”

The Festival Executive Manager Masoud Ahmadian, also for his part, stressed the significance of paying due attention to the festival.

He added the festival is one of the few highly specialized festivals across the world, adding that if reporters cover the films’ question and answer sections properly, they would play a great role in introducing the filmmakers’ works.