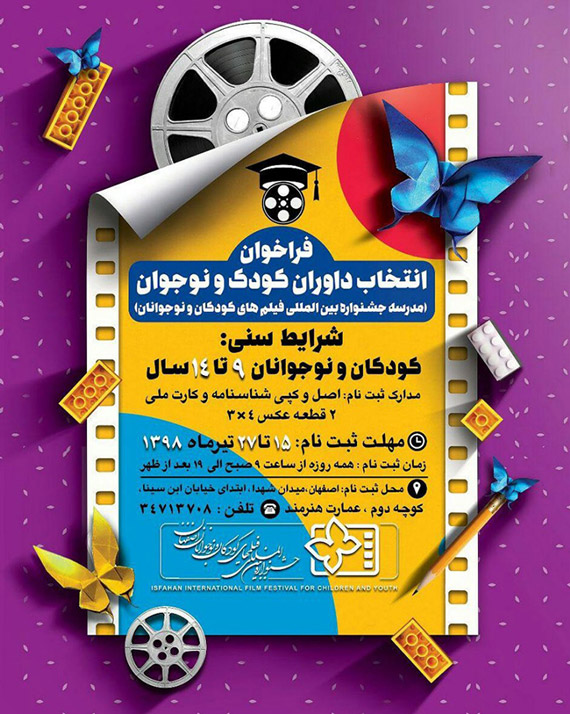 The 32nd International Film Festival for Children and Youth has announced call for entries for selecting the children and the youth jury members in central Province of Isfahan.

Organized by festival’s school, the interested young teens (14-16 years old) should refer with their National Registration Identity Card and its copy, birth certificate (shenasnameh) and its copy  as well as two personal photos to  Emarat-e Namakdan (from 09:00 AM to 19:00 PM Iranian local time) to register their names in this program from 6-18 July, 2019.