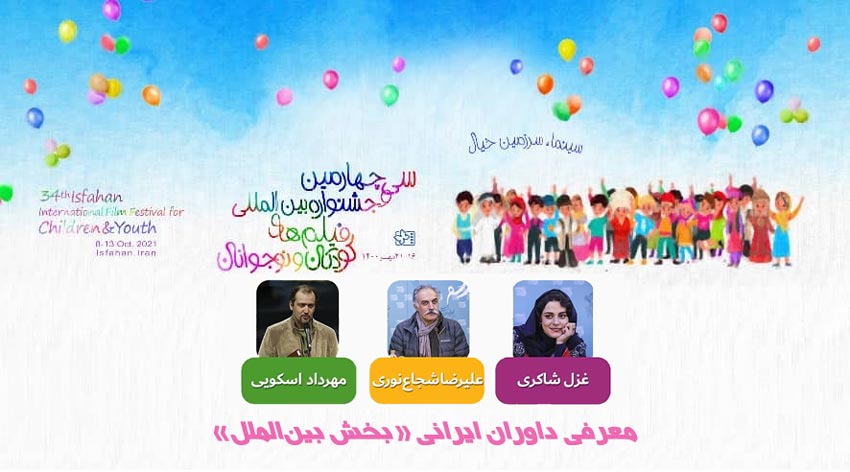 The Iranian jury members of the 34th International Children and Youth Film Festival’s international section were introduced.
Ghazal Shakeri (actor), Alireza Shoja Nouri (actor and producer), and Mehrdad Oskooi (director and documentary filmmaker) were introduced as the Iranian jury members of this section.
In the meantime, Mahin Javaherian, Reza Dorostkar, Hamed Jafari, Bahram Dehghaniar, Behrouz Shoaib, Galareh Abbasi, and Soheil Movafaq were introduced as the jury members of the national section of the festival.
The 34th edition of the festival will be held from October 8 to 13, 2021, in collaboration with the Iranian Cinema Organization, Farabi Cinematic Foundation, and Isfahan Municipality.
The festival’s movies will be screened in two cities, Tehran and Isfahan, both in an online format and in theatres in compliance with the Coronavirus health protocols.