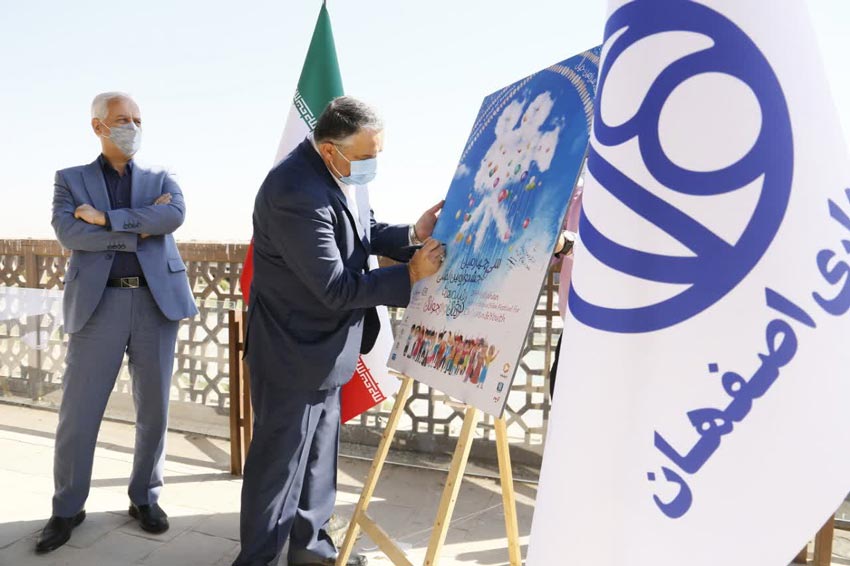 The unveiling ceremony of the 34th edition of the International Film Festival for Children and Youth’s poster was held in Isfahan province on Thursday.
Addressing the ceremony, Director of the Festival, Alireza Tabesh, said the motto of this year’s event is “Cinema, the Land of Fantasy”.
” Due to the spread of Coronavirus, the Iranian children, like other ones across the globe have faced with a difficult year, ” he added.
“Over 51 thousand children in Iran were orphaned due to this fatal disease. It is our duty to support the children who take refuge in the land of fantasy, the cinema. I would like to express thanks all the producers and filmmakers in this field, the mayor of Isfahan and the media persons who remind us of the importance of children’s cinema. I hope to see a vivid festival on International Children’s Day, which will be commemorated at the beginning of the cinematic event,” Tabesh added.
The poster also was signed by the mayor of Isfahan and the director of the festival.
The 34th edition of the festival will be held from October 8 to 13, 2021, in collaboration with the Iranian Cinema Organization, Farabi Cinematic Foundation, and Isfahan Municipality.
The festival’s movies will be screened in two cities, Tehran and Isfahan, both in an online format and in theaters in compliance with the Coronavirus health protocols.