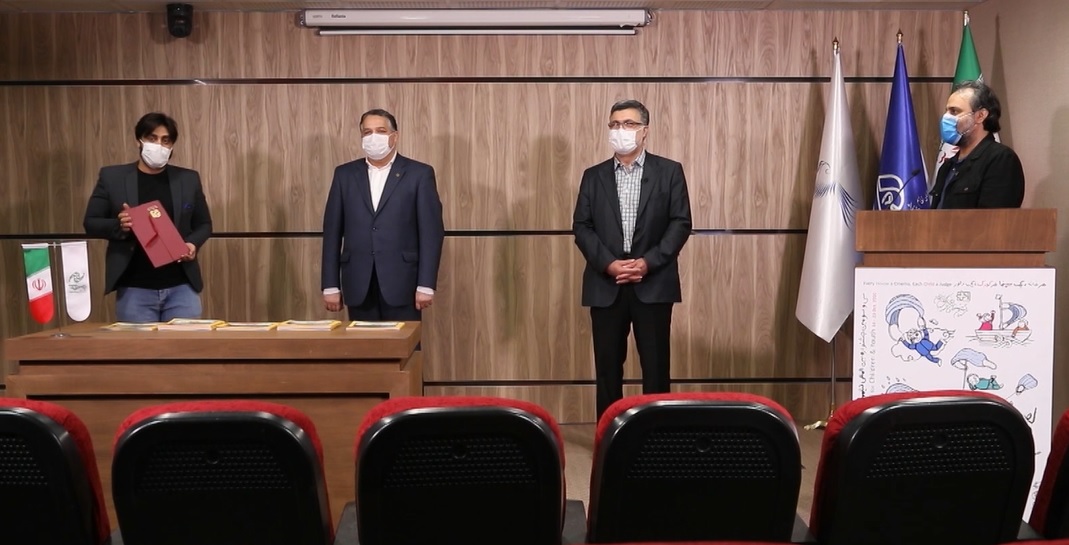 The 33rd ICFF Public Relations Office reports: At the 33rd ICFF it was announced that the Corona Narrative award including a diploma of honor and the observer’s special award was given to Mohammad Mehdi Fekrian for his movie “The Last Visit” during a meeting at the Medical Council of the Islamic Republic of Iran. 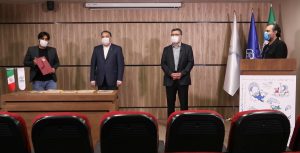 According to this news, at this ceremony which was held to give Mohammad Mehdi Fekrian the Corona Narrative award and also for “Corona According to Cinema” book debut, Mohammadreza Zafarghandi the head of the Medical Council of the Islamic Republic of Iran said, “I believe that each country is known and assessed by its epics. This year, we are facing Corona, a new phenomenon in the world, which has involved people since last year, in March, and facing it has changed into a myth. Something similar to the holy defense. The years that all the people and the youth could defend their country. Maybe if in that time not all the values were recorded, but now everyone is looking to record all the health advocates’ sacrifices as a lasting epic.

He continued: As the head of the Medical Council of the Islamic Republic of Iran, this is my duty to thank all my colleagues, who are at the forefront of this epic. The “Corona Narrative” thing started from this point and attempts were made to record this epic from different aspects. (Including cinema.) I would like to thank all of those who have fulfilled their social responsibilities. Especially Alireza Tabesh who did a great job.

Following the meeting, Alireza Tabesh the 33rd ICFF supervisor said, “We cherish the memory of all those who have sacrificed their lives for others’ health and we send our prayers to their families.

The 33rd ICFF is honored to have dedicated a special part to Corona, and this was organized with the Medical Council of the Islamic Republic of Iran’s help.

He said, “After announcing the call, various artists sent their literary works, and at the end 40 of them were sent to the festival’s secretariat, and they were presented in the “Corona Narrative” part of the festival.

In this meeting “Corona according to cinema” book was debuted and the “Corona Narrative” special award, was given to Mohammad Mehdi Fekrian.