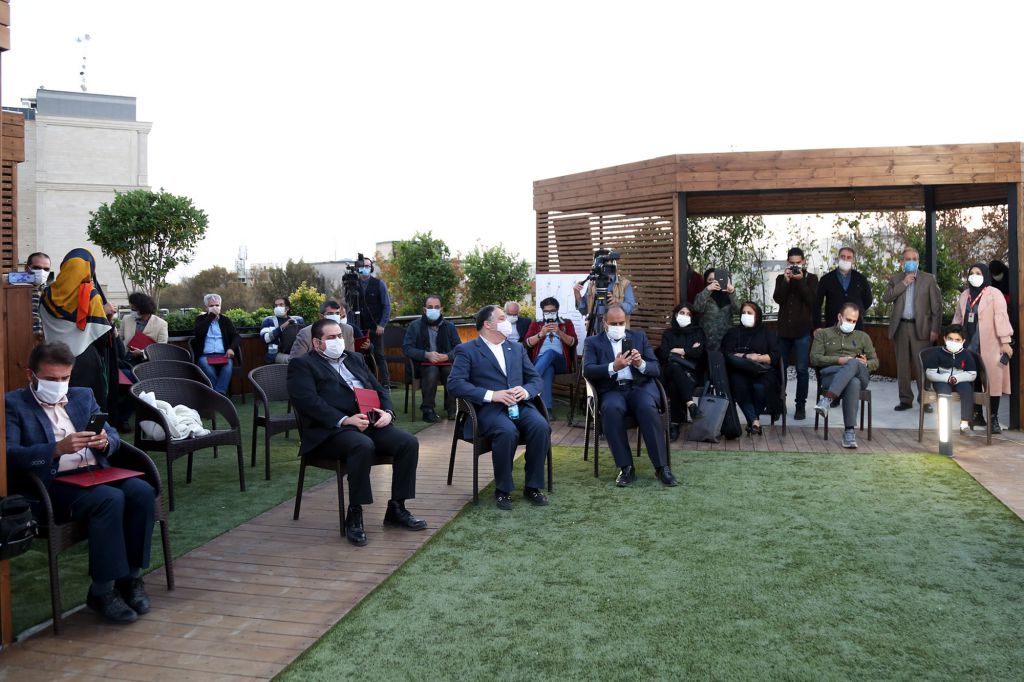 The closing ceremony of the 4th filmmaking Olympiad for youth was held at Saba innovation center, and the winners were introduced in two parts: Ideas and Movies. 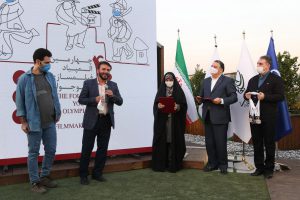 The 33rd ICFF PUBLIC Relations reports: The closing ceremony of the 4th filmmaking Olympiad for youth was held at Saba innovation center.

Alireza Tabesh the festival’s director gave his speech after the national anthem was played and a few verses of the Holy Quran were read.

Habib Ilbeygi, the director of the Olympiad went on stage to thank all those who have participated in the Olympiad and have helped throughout the process.

Hamed Jafari, the Olympiad’s mentor stated that he had great days with all the participants and it has been a great ride for everyone. In the end, he thanked everyone.

Mahin Javaherian said, “We had such a great time together during the festival, and I want to thank everyone as well, especially my daughter, who was worried.”

Seyed Javad Hashemi, another member of the mentors also said that he has participated in many festivals and Olympiads, but this one has been the best so far.

Awards of the Film Section:

Bronze Medal: “Reihaneh Tatari” for “Corona is Lurking in the House” from Gorgan, a member of the “Ashegh” group. Navab Mahmoodi went on stage to receive the medal.

Bronze Meal: Mashhad Saadat for “Maybe Our School” from Pardis, a member of the “Marvel” group. Bijan Mirbagheri went on stage to receive the medal.

Silver Medal: Pokabed Rahmani, for “Unputdownable Magic” from Qazvin, a member of the Hafez group. Adel Tabrizi went on stage to receive the medal.

Silver Medal: Iliya Ramezani for the movie “Life Space” from Bushehr, a member of the cinema group. Hafez Ahi went on stage to receive the medal.

Awards of the Idea Section:

Bronze Medal: “Neighbor” a group idea by the “Hafez” group under the supervision of Sirus Hassanpour and Adel Tabrizi.

Bronze Medal: “Crystal Simorgh” a group idea by the “Messages” group under the supervision of Abolfazl Jalili and MirAbbass Khosravi Nezhad.

Bronze Medal: “Survivors” a group idea by Barang Zarang, under the supervision of Hamed Jafari and Tiyam Yabandeh.

Bronze Medal: “Pedal” a group idea by” Cool people” under the supervision of Mahin Javaherian and Shahla Puerarin.

Silver Medal: “Chocolate” a group idea by Ashegh group, Mentor: Seyed Javad Hosseini and Instructor: Nawab Mahmoudi – For a brilliant idea, the right plan for the subject: Noticing loneliness and the youth grief and sadness and empathy.

Silver Medal: “Dung Beatle Idea” a group idea by the same film group, Mentor: Vahid Golestan. Instructor: Hafez Ahi – Because of a completely new look at the environment and noticing a less seen issue as a part of the environmental pollution.

Golden Medal of the Idea and Movie Section:

The 4th Filmmaking Olympiad of Youth Golden medal in the group idea section: “Half Time” by the “Mask” group. from Niqab Group, Mentor: Gholamreza Ramezani and Instructor: Mehdi Rezaei, for a fresh idea, courage in expression, and active characters.