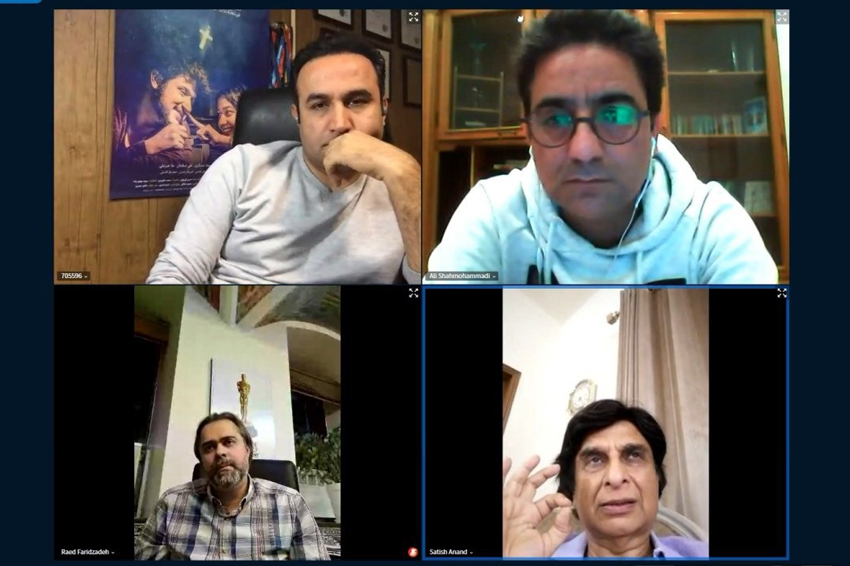 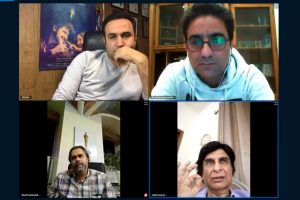 The 33rd ICFF PUBLIC Relations reports, Raed Faridzadeh talked about the cooperation with Pakistan at the panel and said, “We met our Pakistani friends at the film market of the Fajr International Film Festival for the first time and continuing meeting at the Cannes Film Festival, and we decided to study and consider the co-production process, seriously.

Referring to the cultural and linguistic commonalities between Iran and Pakistan, Faridzadeh added: “There is a lot of potential for co-producing cultural productions. We hope we would be able to expand our cinematic collaboration after leaving Coronavirus behind.”

Satish Anand, one of the reputable Pakistani producers, expressed his happiness for attending the meeting and talked about the experience of co-producing with 25 countries: “Iranian narration is precise and appealing. Also, Iranian films for children have very special attractiveness.”

On Pakistan audiences’ taste, he continued: “Pakistani cinema is influenced by Bollywood and Hollywood. In the last six years, we have released all of Disney’s productions in Pakistan. But Pakistan’s productions are close to Iranian movies.”

Anand said, “These days, Turkish series is really popular in Pakistan. And one of its reasons is due to the high standard productions and the amount of money they spend on them.”

In this meeting, Navid Mahmoodi said, “For the first step, we need a story that both sides are interested in, and is appealing enough. We have common myths with Tajikistan, India, Pakistan, and Iran that we can make movies about.”

The director of “A Few Cube Meters of Love” said, “If we succeed to generate interest in people, we will be able to have many co-productions. Because these productions’ audiences are the people, not the governments.”

The Pakistani producer said, “I know many Indian producers, and if Iran invites Indians or Pakistanis for collaborating, great things will happen.”

He continued: During the Covid-19 outbreak, many people in India and Pakistan suffered mentally and economically. That’s why we need to distance ourselves from bitter and sad stories and focus on happy and fun stories.”

Continuing the meeting, Mahmoodi referred to reimburse the budget and said, “Budget is the most important issue in the movie-making process and we all need to focus on reimbursing the budget.”

The director continued: “Reimbursing the budget creates enthusiasm for future productions and collaborations.”

Satish Anand said, “Pakistan’ TV supports artistic movies but I’m a commercial producer and my formula is to make better movies with less budget. Artistic movies do not work for India and Pakistan and to attract the audience, we need to find stories, beyond the ordinary ones we hear every day.”

Mahmoodi said in this regard, “As I have already mentioned, reimbursing the budget is an important matter that needs to be paid attention to, and we need to look for a way. I hope these meetings would become the basis of co-production.”