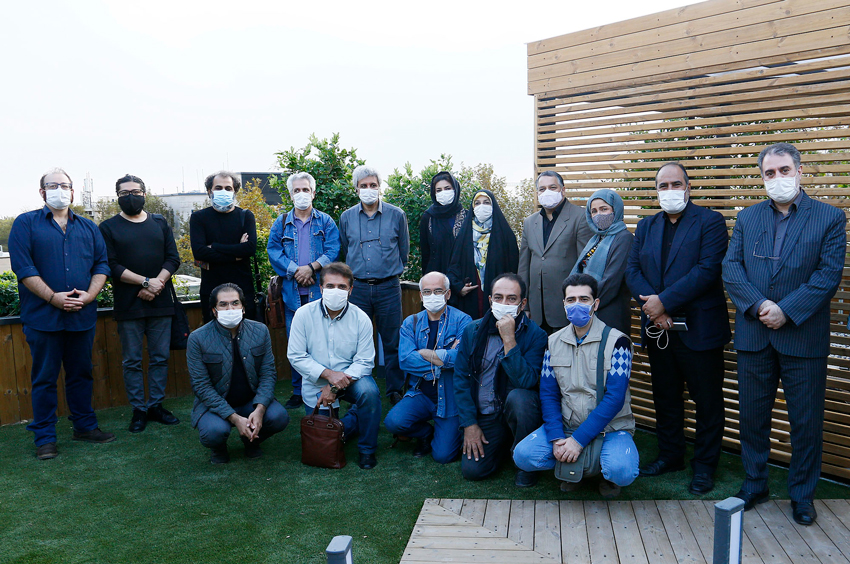 The coordinating meeting of the 4th Iranian Youth Filmmaking Olympiad has been held with the director of the 33rd International Children Film Festival, the Olympiad directors, and the mentors and trainers of the 4th round in attendance. 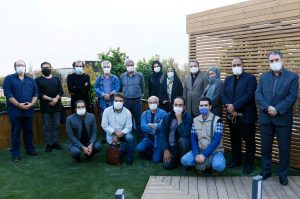 According to the 33rd ICFF Public Relations Office, the coordinating meeting of the 4th Iranian Youth Filmmaking Olympiad was held at Saba Innovation Center with Alireza Tabesh, the ICFF director, Habib Ilbeigi, the Olympiad director, Soheila Askari, the Olympiad executive director, some of the members of the Policymaking Council, and the mentors and trainers in attendance.

The 33rd ICFF director, Alireza Tabesh, pointed to the new approach taken in executing the 4th round of the Iranian Youth Filmmaking Olympiad and said, “The outbreak of the coronavirus has altered the usual procedures of festival execution all around the world, and Iran is no exception. We have done our best to take a new approach with the collaboration of online platforms.”

Expressing his gratitude to the mentors and trainers for their participation in the 4th round of the Iranian Youth Filmmaking Olympiad, he added, “The online execution of the Olympiad won’t work out without your participation and support. The mentors helped us in the previous round of the Olympiad, and I hope we will succeed in the online execution of the olympiad as well.”

The director of the 4th Iranian Youth Filmmaking Olympiad, Habib Ilbeigi, pointed to the successful execution of the 3rd Iranian Youth Filmmaking Olympiad and added, “This year, we have to inevitably hold the olympiad differently. We have selected 64 works among the 800 submissions. I think it is going to take us three days to contact the teenagers whose works have been selected.”

He added that the submissions have been from different cities and said that trainers from the Youth Cinema Society would be working alongside the mentors in different cities.

Ilbeigi continued, “This year 12 to 17-year olds, some of whom with no serious cinematic experiences, have participated in the festival. We don’t expect them to offer first-rate works to the festival, yet the olympiad is going to help them to walk on the right path.”

Vahid Golestan, one of the members of the Policymaking Council and one of the mentors of this round of the olympiad, said, “I enjoyed mentorship in the previous round of the olympiad. I got to find out that teenagers have entered a new world. We need to remember that although the online execution of the festival is going to be a new experience for us, teenagers are already familiar with this new trend, and we need to adapt ourselves to the new situation. We need to let the teenagers discover their talents.”

Seyed Javad Hashemi, one of the mentors of the 4th Iranian Youth Filmmaking Olympiad, pointed to the positive impacts of the close relationships between the trainers and the trainees and the significance of increasing the efficiency of long-distance relationships.

Davoud Zameni, one of the members of the Policymaking Council talked about the importance of proposing Iranian ideas and developing them in the olympiad. He added, “The Iranian Youth Filmmaking Olympiad is an important artistic event. There are a lot of humanistic tales among the ideas of the teenagers. Last year, a lot of the mentors changed their outlooks after a week of working alongside the teenagers.”

The 4th Iranian Youth Filmmaking Olympiad will be held by The Farabi Cinematic Foundation and The Iranian Youth Cinema Society in cooperation with The Institute For The Intellectual Development of Children and Young Adults, Islamic Culture and Communication Organization, Isfahan Municipality and Omid Channel, alongside the 33d Virtual International Film Festival For Children And Youth, from October 18 to 23, 2020.