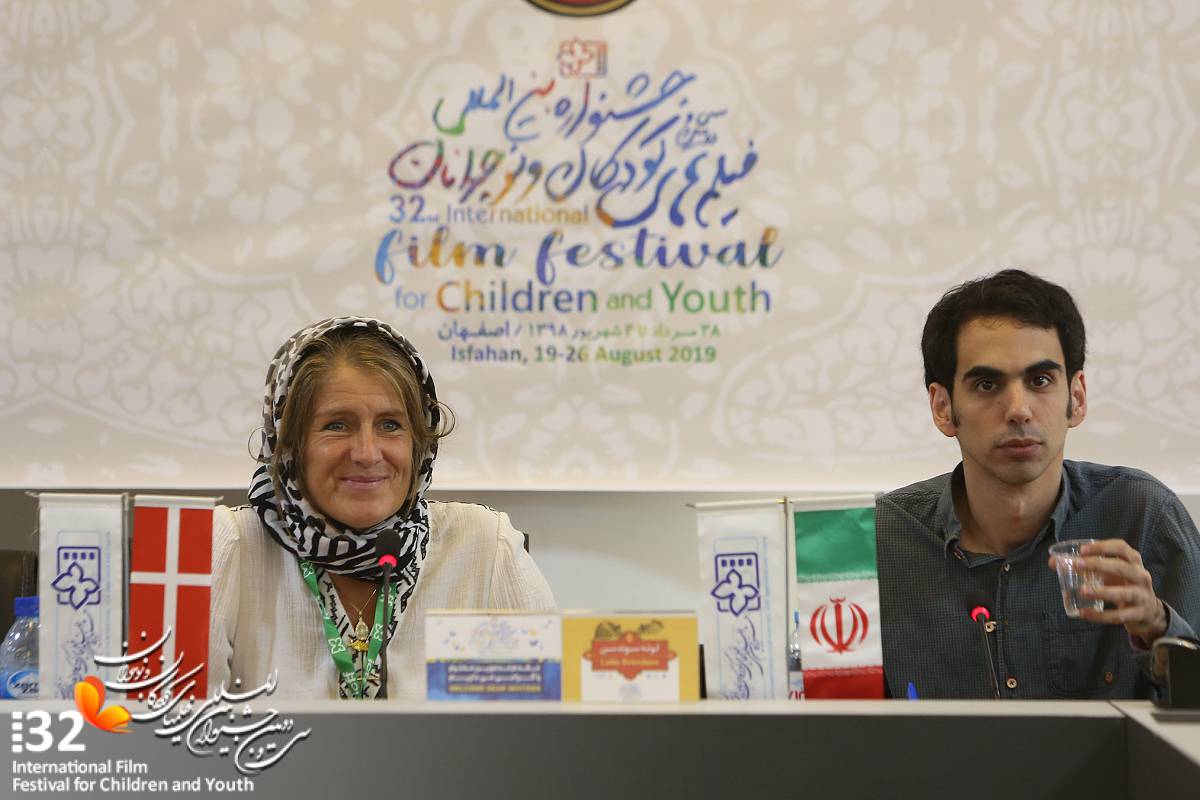 The Danish cinema of children is focused on the problems and challenges they face and a large part of the government budget for filmmakers is spent on such topics, a filmmaker from Denmark said on Saturday.

Presenting the workshop What Type of Cinema Is Preferred by Children, Lotte Svendsen said that for telling story for children, one should take them seriously.

Describing the importance that the Scandinavian culture attaches to children and working for them, she added that Denmark’s government spends half of its cinema budget on making films for children.

The filmmaker screened some clips of Danish television related to her own childhood, she said that the very programs aspired her for making films for children.

She explained that in her workshops, she usually spends some time on analyzing the photos of her students’ childhood.

Speaking on the importance of the childhood years, Svendsen said that she had used the memories she had with her best friends in series for children.

She noted that professional directors should be drawn to filmmaking for children via film festivals that are focused on children.

Annually some 400 request for filmmaking in Denmark is made, she said, but we have the financial resource for making only 25. “Therefore, we had to pick those that teach children how to get stronger when facing challenges,” she said.

“In our instructions, we always try to teach our students to identify characters, and in our works, we portray the interest of children to be active in the society,” she said.

In Denmark, there are two main animation schools, and there is an international investing institute, called Maina, that receives proposals of filmmaking, according to the Danish expert.

Speaking on the priorities of Danish bodies for filmmaking, she said that the topics related to the environmental concerns are important, and Denmark is currently supporting a project that addresses the future of the earth.

The filmmaker added that children’s concerns over the nature and their efforts to confront politicians such as Trump are priorities of Denmark when it comes to supporting filmmakers.

According to the Svendsen, in American films, a hero saves everybody, but in European films, a group saves the society, while in the Scandinavian films, the weaknesses of the human are portrayed.

Lotte Svendsen, a Danish director, writer and lecturer at National Film School of Denmark has received awards of various international film festivals, including the international award of Berlin film festival. She is also in charge of selection of films for children at the Danish Film Institute.

The 32nd edition of the International Film Festival for Children and Youth is under way in Isfahan. The cinematic event was officially opened on Monday August 19 and will be wrapped up on August 26.

Seventy-eight foreign guests from 27 countries are participating in various sections of the festival.