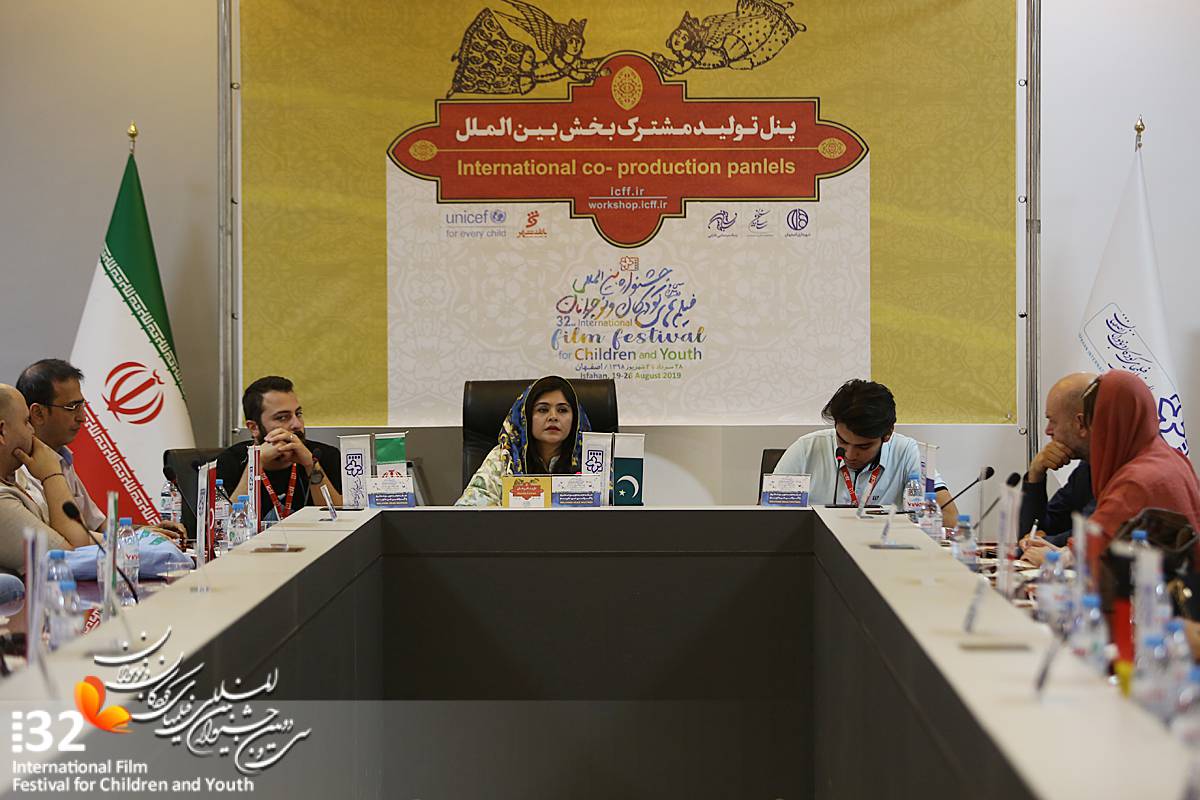 Narita Farhan, deputy director of Pakistan’s Electronic Media & Publications was the presenter of the International Co-production panel at the third day of the 32nd International Film Festival for Children and Youth.

“In 2000s the cinema began to pick up, and people in the television industry started investing in the movie business, and it led to a rise in the cinema of Pakistan,” she explained.

The official said that the Pakistani government welcomes cooperation with any party who is interested in co-production of films.

The government, she said, gives quite a lot of incentives to local filmmakers, and any foreign producer who reaches an agreement with a Pakistani partner on filmmaking will also be considered as qualified to receive all the incentives.

She called on all filmmakers from around the world, particularly from Iran, for co-productions.

Speaking on natural assets of the country when it comes to filmmaking, Farhan said that Pakistan has beautiful locations that suit any kind of plot.

“In terms of security issues, the Pakistani government has strived hard to protect the civilians against threats, and now the country is safe and there is no daily report of insecurity,” she said.

Only in 6-10 percent of the country’s area, Farhan noted, people need special permission from the Pakistani government to go.

If anybody wishes to come to Pakistan for filmmaking, the government is willing to provide all kinds of facilities, including those related to the security issues, she said.

Speaking about the policies of the country with regard to co-production, Farhan said that a main point that should be kept in mind is that 70 percent of the content of the film that is planned to be made with Pakistani partners has to be related to the country.

She added that the film should portray Pakistan in a positive light.

The official said that for any such cooperation, the government of Iran should sign a Memorandum of Understanding (MoU) with the government of Pakistan. Then the two sides have 45 days to review the project and propose any modification to it.

After the period, the process can be launched, according to the official.

She also conveyed the eagerness of the Pakistani filmmakers on cooperation with their Iranian counterparts.

At the panel, the chief executive officer of the Pakistani company Digital Entertainment World, Khalid Khan said that his company and the similar companies in Pakistan welcome any film deal with Iran.

He said that Pakistani cinema has been developed in the past decade, and the number of its partners is on the rise.

Pakistan has bought numerous Turkish films, and has cooperated with Far East countries, with an increasing number of Pakistani films to be screen in Canada, China, and Norway.

According to the Pakistani film distributor, the country’s film industry has undergone a rebirth over the few past years.

“In the past, for example, the films post-production took place mainly in Thailand,” Khan said, “But, today Pakistan has gained the capacity for post-production.”

Speaking on the films for children, he said that this type of films are currently popular in Pakistan and the country is willing to buy the films from foreign producers.

Confirming the view, Farhan said that her country’s performance in the field of Children films has been in sufficient. “There is, for example, no film festival for children in Pakistan,” she argued.

The Pakistani CEO noted that there are some private agencies that can do the bureaucratic procedure of registering a co-production project on behalf of the non-Pakistani party, but the first stage of all the process goes through the government filters.

The private companies, Khan said, can ease the process of finding the appropriate cast and crew for the project.

Echoing Farhan, he said that Pakistan is a country with all natural scenes, including rivers, mountains, sea and deserts. So, the producers will not be concerned about the location for their films, Khan added.

“I eagerly call on you to come to Pakistan for joint ventures,” he told the audience.

His remarks were followed by Farhan’s giving Iranian filmmakers assurance that despite the fall of the quantities of the Pakistani-made films since 1980s, the quality has been improved.

“There have been big projects over the past years such as The Legend of Maula Jatt,” she said adding that the films have been improved also in terms of acting skills, technologies and techniques.

Any country claiming to outperform Pakistan is welcomed for co-production, she said.

The panel was held on the sidelines of the 32nd edition of the International Film Festival for Children and Youth that is underway in the Iranian historical city, Isfahan.

The cinematic event is hosting 78 foreign guests from 27 countries.