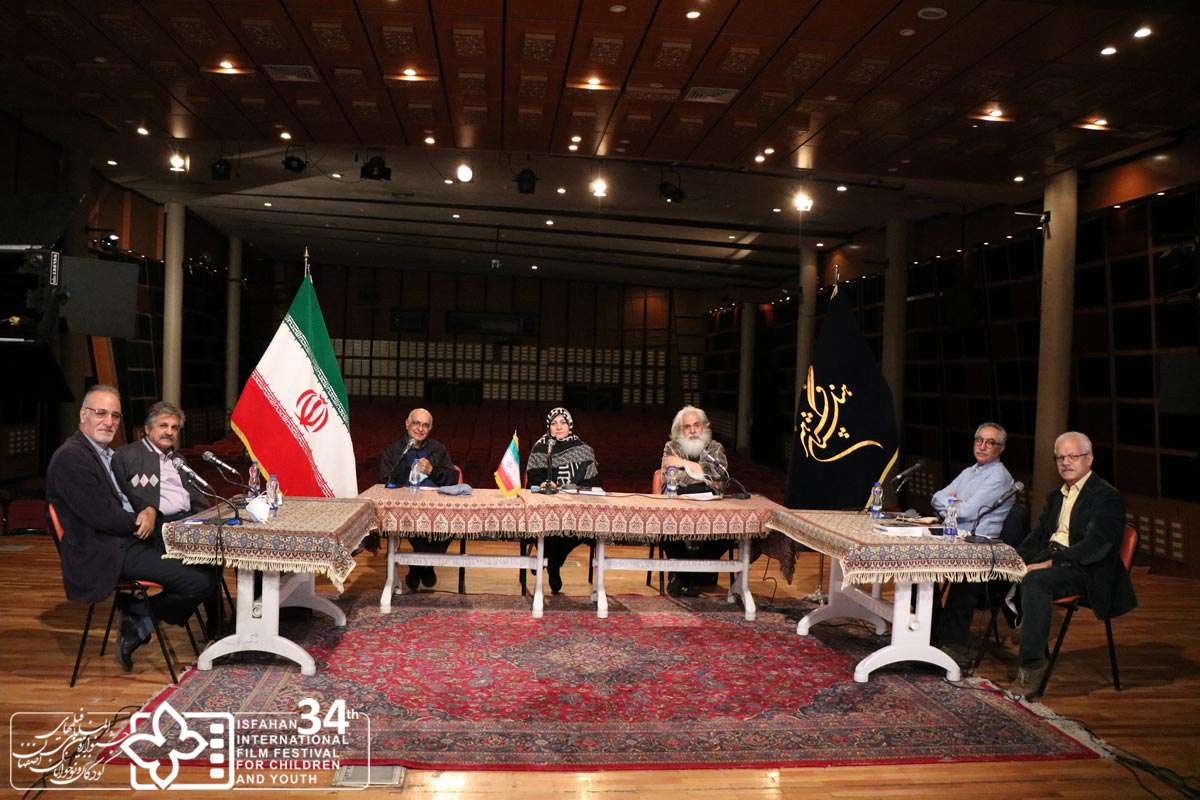 The meeting “The Role of Literary Adaptation in Children and Adolescents’ Cinemas” was held on the fourth day of the 34th International Film Festival for Children and Youth (IFFCY).

At the beginning of the meeting, which was organized by the Farabi Cinema Foundation in collaboration with the Academy of Arts and the Institute of Humanities and Cultural Studies, Hosseini said that the program linked the 100th anniversary of contemporary Persian literature to the IFFCY.

She said the children’s literature should have an instructive message for the child.  “We are facing a generation that is ahead of us in understanding and understanding many issues and has a wider range of information. Making films and writing literature for children today requires a lot of care and research.”

Tohidi, another speaker at the meeting, said, “We should seek heroism in children’s literature. Child heroes played a more prominent role in modern cinema and literature.”

“If literature is rich enough, cinema will flourish,” he said, adding that the Iranian cinema is in the pre-industrial stage.

Rahmanian, another speaker at the meeting, stated: “Children and adolescent literature has been present all over the world for many years, and storytelling and any mythical expression is a sign of the presence of children’s literature.”

The director added: “We need to learn children’s language to talk to them.”

Moradi Kermani, for his part, said that my thoughts and view of the world are always from the child’s point of view, adding that every generation has a hero for itself, but if a story can be a hero for all generations, it can be successful.”

Amouzadeh Khalili said that:” Our perception of literature and cinema and the way of combining the two should be more mature. I believe that the adapted literature that has reached the cinema in the world and in Iran has gone through natural birth.”