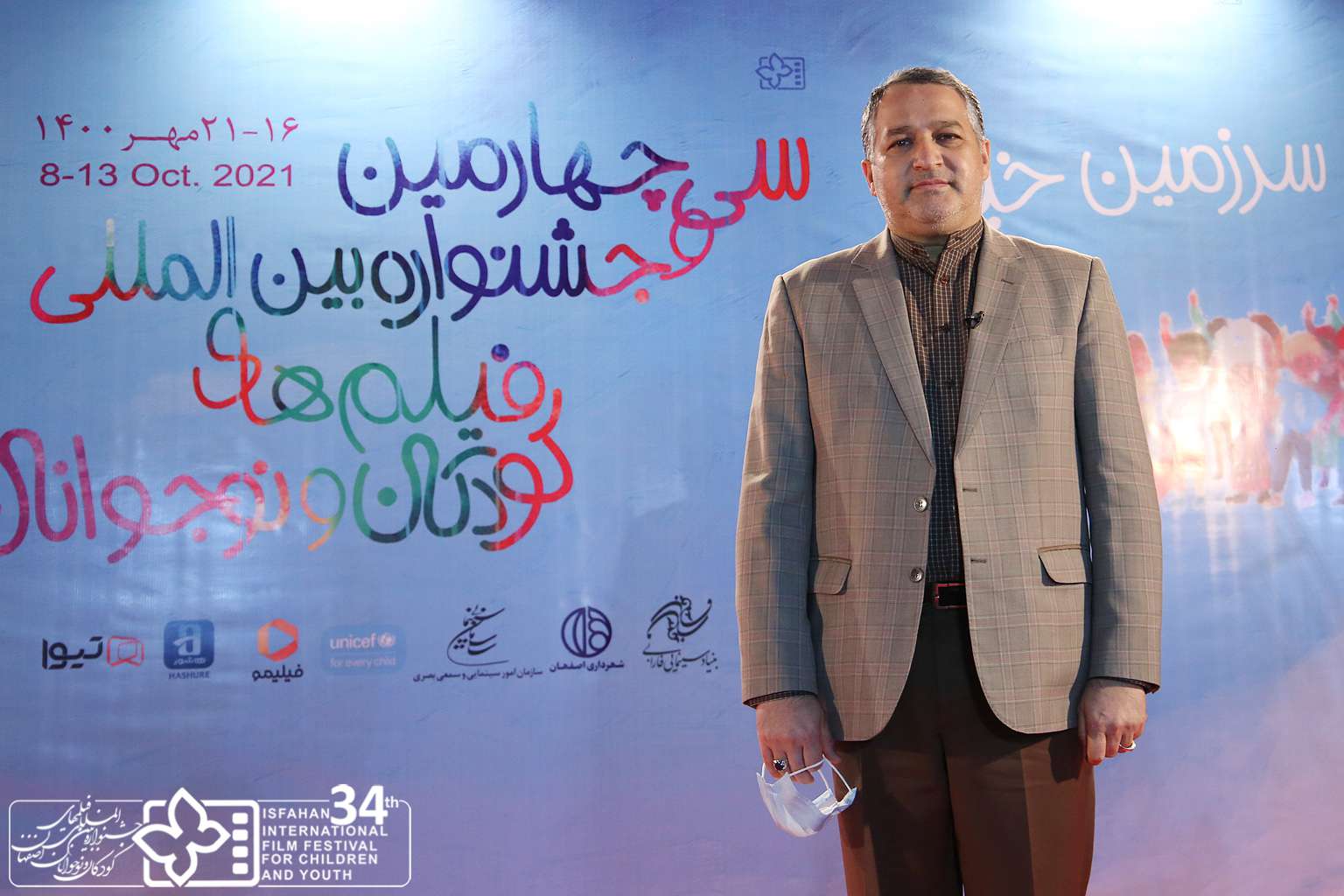 The opening ceremony of the 34th International Film Festival for Children and Youth (IFFCY) was held at the Isfahan International Conference Hall.

The motto of this edition of the festival is ” The Cinema, Land of  Fantasy.

The ceremony was broadcast online on several internet platforms including Tiwa, Aparat, Instagram as well as Isfahan TV network.

During the event, several sections of the festival were introduced.

The festival opening ceremony also got underway in commemoration of Ali Landi, a self-sacrificing Iranian teenage boy who died last month after saving two women from a burning house.

In an address to the opening of the film festival on Friday, secretary of IFFCY Alireza Tabesh said this year’s edition commemorates the selfless hero, ‘Ali Landi’.

“We will open this year’s festival in the name and memory of the heroic and self-sacrificing teenager Ali Landi,” he noted, adding that the festival also pays special attention to children with disabilities and the children that have lost their parents due to the coronavirus pandemic.

“This edition of the festival can be considered as a festival of cinema products for the most important generation of the next century; a generation that must redefine the country in the new world and protect its power, culture, pride, and identity,” he added.

On the outbreak of the coronavirus pandemic, Tabesh said, “Although the tragedy of this pandemic is terrible, at least it assures us that the next generation, from an early age, has experienced and learned to deal with difficult circumstances and pay due attention to the importance of cooperation and teamwork in the face of major crises.”

“My hope is that the artists and filmmakers of our time have designed and produced their works in accordance with these new conditions and based on the requirements of this new era,” he stated.

In the meantime, Minister of Culture and Islamic Guidance, Mohamad-Mehdi Esmaili, message to the festival was read in the ceremony.

Iranian minister massage to the festival is as follows:

“Thanks to the gentle presence of this land’s children, the International Film Festival for Children and  Young adults has always been a meeting place filled with understanding and tenderness. The children and adults’ fantasies create happiness and vitality and cast hopeful light on today’s realities.

It’s not a secret to anybody, that the high position the Iranian National Cinema has gained in the contemporary world’s lasting arts, is without any doubt, indebted largely to the Children’s Film Festival which has always served as a launching pad.

Let us hope that the engaged Iranian artists and filmmakers, using the pure and transcending Islamic culture, to be not only the educators of the generations who resist the dominant powers, but furthermore to have a leading role in the reconstruction of the New Islamic Civilization, moving towards excellence and progress.

This year’s Festival’s slogan, “The Cinema,  Land of  Fantasy”,  shows the key vocation of seventh Art in keeping the dreaming minds of our children and the world. The magic of cinema helps us to transform the difficult times we endured during Corona Virus, into a future full of peace and friendship and to comfort the children and the adults and bereaved families who have lost their loved ones during this worldwide pandemic.

One of the Iranian cinema’s primary goals is to raise the quantitative and qualitative aspects of children and adults-oriented films. These children and adults are the future maker of a glorious tomorrow for an Islamic Iran. God willing this goal will be achieved in the near future with the cooperation of the artists and cultural organizations.

It is our main responsibility that this cultural event takes place with full implementation of health and safety protocols, and cultural codes and values; a Festival that would be another golden page in our country’s children’s memories and their collective wisdom.”

The 34th International Film Festival for Children and Youth will be concluded on October 13, 2021.

The festival is being held in collaboration with the Iranian Cinema Organization, Farabi Cinematic Foundation, and Isfahan Municipality.

Directed by Alireza Tabesh, the festival’s movies are being held in two cities, Tehran and Isfahan, both in an online format and in theaters in compliance with the Coronavirus health protocols.