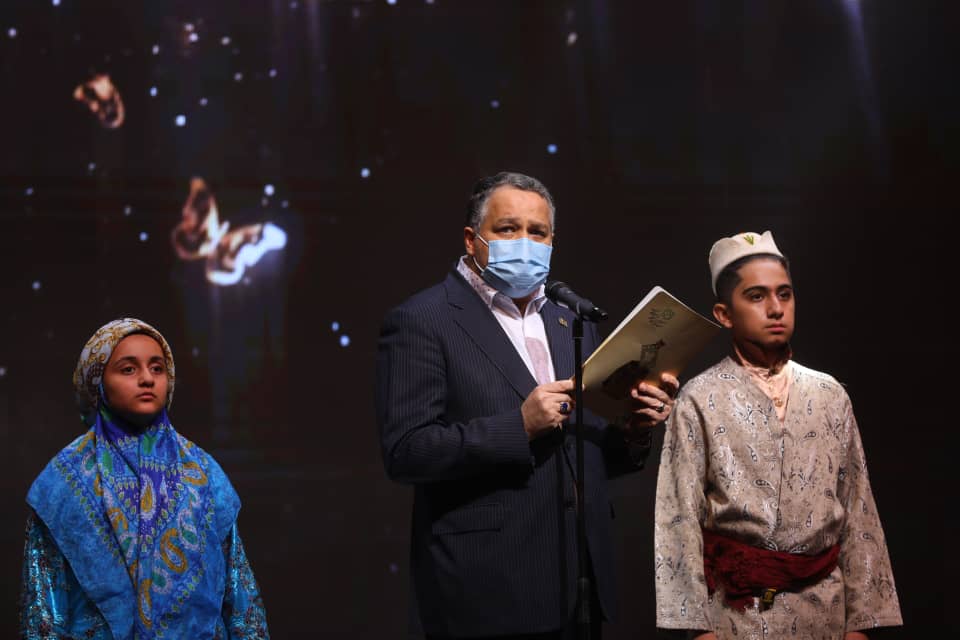 Director of the 34th International Film Festival for Children and Youth (IFFCY), Alireza Tabesh, said the Iranian art community considers itself responsible for the future of innocent children who lost their parents due to the coronavirus.

Addressing the opening ceremony of the festival, Tabesh also paid special attention to children with disabilities.

“This edition of the festival will also commemorate the selfless hero “Ali Landi””, he added.

The secretary of the 34th International Film Festival for Children and Adolescents said: “We will open this year’s festival in the name and memory of the heroic and self-sacrificing teenager” Ali Landi “.

” This edition of the festival can be considered as a festival of cinema products for the most important generation of the next century; a generation that must redefine the country in the new world and protect its power, culture, pride, and identity,” he added.

Due to the spread of Coronavirus in the world, he added that: “Our country and the world have started this new century with an epidemic and mourning.

“Although the tragedy of this pandemic is terrible, at least it assures us that the next generation, from an early age, has experienced and learned to deal with difficult circumstances and pay due attention to the importance of cooperation and teamwork in the face of major crises.”

He continued: “This generation will be a different generation that, due to this difference, will need different art and works and will experience a very different world from the previous generations.”

He added: “My hope is that the artists and filmmakers of our time have designed and produced their works in accordance with these new conditions and based on the requirements of this new era.”

Pointing out that he is attending the festival for the last time as a secretary, Tabesh said: “My other hope is that this path will continue in the coming years and the beautiful name of Isfahan will shine in this important cinematic event.”