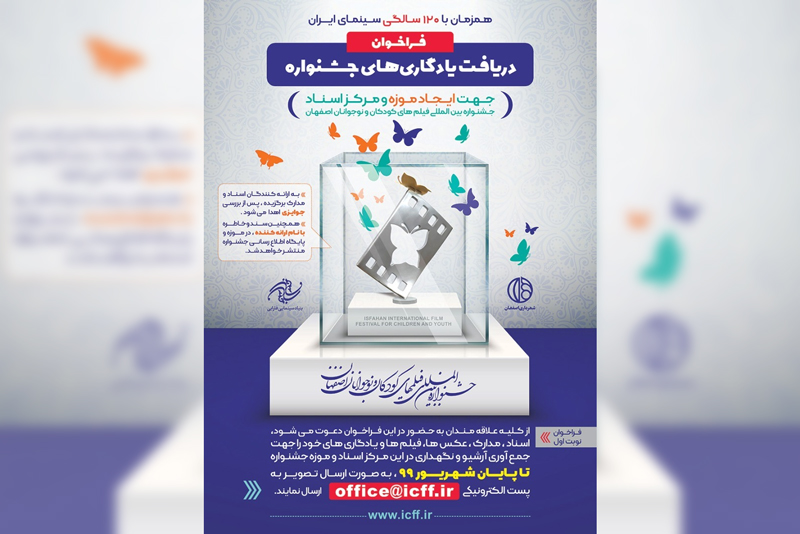 The director of the secretariat of the 34th International Film Festival for Children and Young Adults in Isfahan province said for the first time a museum for displaying the documents of this international cinematic event will be held on the sidelines of the festival in this province.
Mehdi Sajjadzadeh underscored that ccollecting documents such as posters of different editions of the festival that can only remind us of good memories for children who were our audience in those yea rs determined us to hold the “museum and documentation centre of International Film Festival for Children and Young Adults “.
“For the first time, Iman Hojjati, as the festival’s executive director, proposed holding such museum in 2019,” he said.
“After negotiating with several organizations including Farabi Cinema Foundation, Ministry of Education, State Welfare Organization as well as Centre for the Intellectual Development of Child and Adolescent for holding such museum, unfortunately due to the spread of coronavirus in March 2019, we postponed the process for holding the museum,” he said.
Sajjadzadeh clarified: “This interruption continued until September of 2020 to announce the first call for sending photos. Following this call, a significant number of photos were sent to us. We received some works that were even from 2010 and kept them in the festival archive from the very beginning.”
He added: “The next step was to collect documents such as festival posters, which alone can bring back good memories for the children who were our audience in those years. In this regard, we decided to hold an exhibition of posters from previous eras as the only festival in Iran.
He added that such an action in some foreign festivals where its building and venue are fixed is called the “Hall of Honours”. At the end of the exhibition, we plan to keep the posters of different editions of the festival and transfer them to the museum of the festival’s documents, hence they can be permanently installed.
Regarding the 34th International Film Festival for Children and Young Adults in Isfahan, Sajjadzadeh said: “This edition of the festival will most likely be held as a combination of online and offline, like last year.”
Sajjadzadeh also referred to obtaining the consent of the owners of the works for public screening and said: “Online screening also depends on the issuance of licenses by the owners of the works, because some of them do not allow online distribution due to the security of their work and screening in other festivals.”
He added that the 33rd edition of the festival was held online in the Middle East and an amount of its budget was set aside for buying digital tablets for needy students in the flood-hit city of Bon.