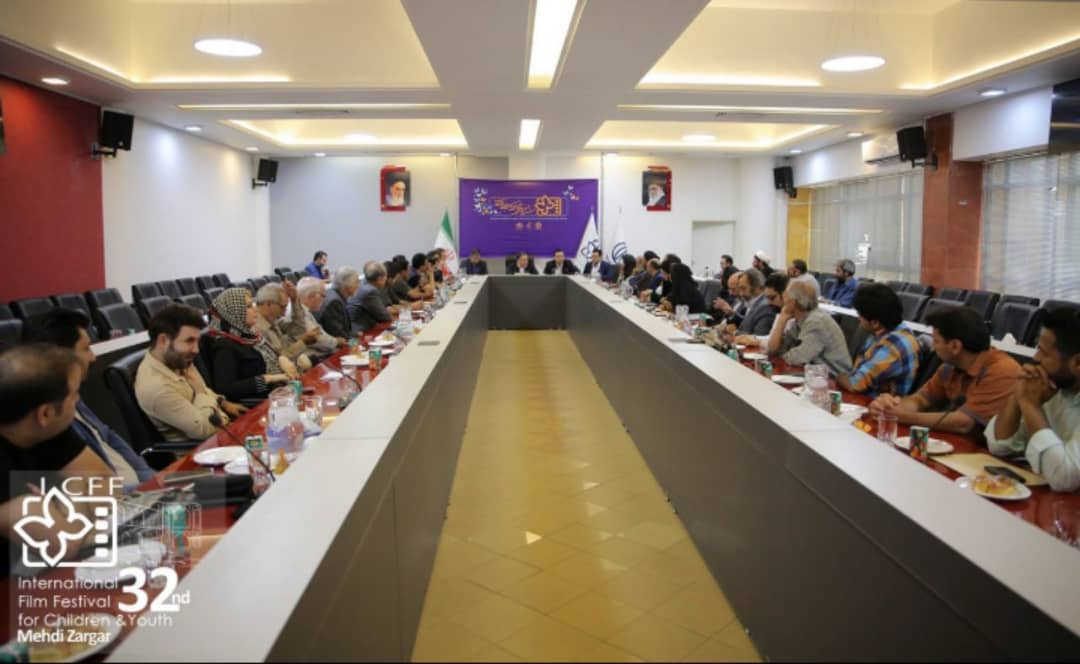 Director of 32nd International Film Festival for Children and Youth, Alireza Tabesh, said the mission of the event is to promote the children’s visual literacy

Addressing the artists in central Province of Isfahan, Tabesh said it is not supposed that any of the children and the youth who are the audience of the festival, become a filmmakers, perhaps they become the next generation of writers, poets, painters, managers, entrepreneurs, teachers, etc.

He added that the festival plays a pivotal role in fostering visual knowledge and experiences.

“Our decision is to witness the people participation in the festival every year, because the city of Isfahan is one of the important bases of art, the modern arts in particular,” he added.

He noted that Isfahan has a say in Iran and in the world in the fields of traditional and the contemporary arts.

Referring to the future of media and art, Tabesh said in the next twenty years, 90 percent of the content of the media space is location-oriented. This means the creative people who live in their own cities and not necessarily in metropolitan and capital cities, with reliance on artistic and native heritage, content production will be valuable. Therefore, the role of artists who are trying to create this cultural change will be very important in the future.

You are the artists who work in different fields of directing, scriptwriting and other fields of cinema; you will be a monologue and you will be very important in producing artistic content. Another important point is the decentralization of major festivals in metropolitan cities, which is why

Isfahan a Creative Center for Children and the Youth

“In a meeting with the Isfahan Mayor Dr. Norouzi and members of the city council of Isfahan, it was emphasized that Isfahan could become a creative hub in the field of children and the youth through implementing years-long process,” Tabesh added.

“If we are seeking to change Isfahan as a cultural and art hub in the field of children and the youth, we have to provide conditions for several new events. One of these is the holding the cultural and cinematic event like the International Festival for Children and the Youth, “Tabesh noted.

Referring to the need to understand “digital transformation”, Tabesh said: “We should not consider transformation as just a technological issue.”

“Digital transformation is considered as a “cultural change” in the entire world,” he added.

In another part of his speech, Tabesh said: “The festival is an international event, its regulations and rules are also available on the festival site. During the festival, a certain number of films will be displayed in a certain number of halls. One of the effects of the festival in Isfahan is to improve the quality of the cinema halls, so that families can watch high quality movie and foster their cinema in the historic city of Isfahan.”

Cinema Not a One-Dimensional Art

Tabesh added that all cinema people should help each other because the art of cinema is not one-dimensional and it must affect its audience.

He added that the cinema halls in Isfahan need to be upgraded, this must be demanded by all cinema enthusiasts, that if Isfahan is the cradle of art and the venue for international festivals, then it should promote its cinematic infrastructure.

He said the Ministry of Culture and Islamic Guidance, Isfahan Municipality and other institutions have been working to upgrade these infrastructures, but this process should be continued.

“Our colleagues are working round the clock to have better developments in the festival. We also have invited the regional film buyers to evaluate the Iranian films presented at the festival,” Tabesh added.

“For the first time, we will invite the film economic evaluators and distributers to the festival to evaluate the films and tell the producers and directors to what extent their films are attractive to the audience and the strengths and weaknesses of the works would be announced, because our audience has a different visual taste. We should think seriously about the attraction and indicators of attracting the audience,” he added.