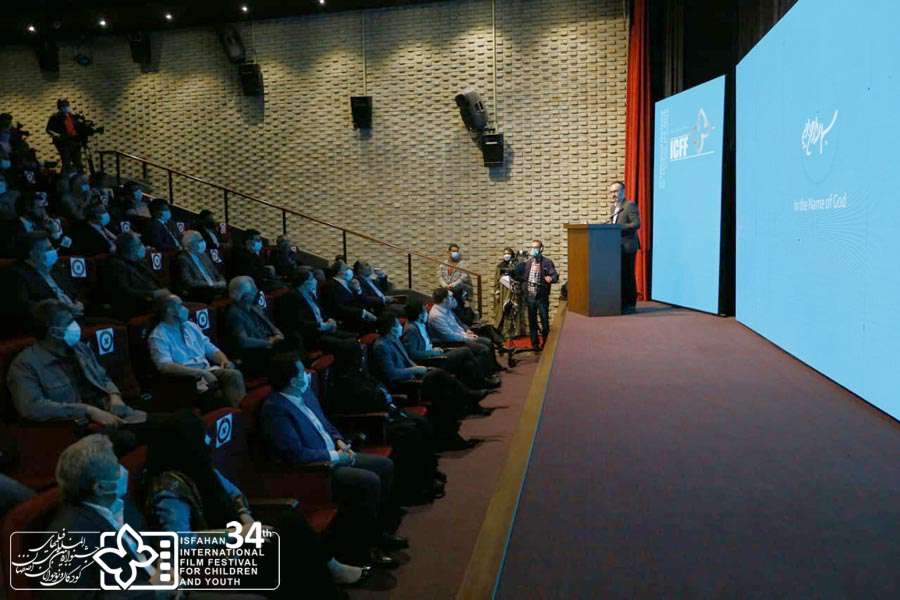 34th International Film Festival for Children and Youth in different sections were announced during a ceremony held on Wednesday (Oct 13) in the hall of Abbas Kiarostami, Farabi Cinema Foundation with Behrouz Neshan’s “Sea Boys” winning the top prize for best film and Hossein Rigi winning for best director for “Lipar”.

The event was attended by several high-ranking Iranian cinema officials including the manager of the Cinema Organization of Iran (COI) Mohammad Khazaei.

In the meantime, Qasemzadeh, Isfahan mayor, in a video message said: “This festival is very important and citizens expect the festival not to be wrapped up in a week and everyone to be able to enjoy this cinematic even throughout the year.”

Addressing the same gathering, the director of the festival, Alireza Tabesh, thanked all the organizers of this international cinematic event including the artists, judges of the festival, owners of works, director of the country’s cinema organization, deputies, and directors of the cinema organization, spokesman of the Ministry of Foreign Affairs, director-general of public diplomacy, director-general Organization of Islamic Culture and Communication, ambassadors and representatives of foreign countries.

Tabesh continued: “I thank God Almighty for making it possible for me to stand here now and speak to you as the secretary of the festival at the closing ceremony of the event. It is up to the audience and the experts to determine how successful we have been in doing this

The secretary of the festival continued: The story of the festival, and the story of the big tree of Iranian children and adolescent cinema, is much longer than the life of the management of managers and policymakers in the field of culture.  By watering and pruning this large tree, they try to make it more beautiful and pave the way for its growth; but everyone, including me and my colleagues, knows that the vast roots of this large tree are related to the heart of Iranian culture and feed on the cultural heritage of Iran and Islam, which is several thousand years old; Such an entrenched institution would have survived both before our managerial life and will continue to grow and prosper after us.  I hope that the fruits of this noble lineage will be brighter, more memorable, and more successful in the years to come than all the honors and achievements of these years, the task of protecting which weighed on us.”

The festival was held in collaboration with the Iranian Cinema Organization, Farabi Cinematic Foundation, and Isfahan Municipality.